Skip to content
Hit enter to search or esc to close
Home  >  Bars, Cafés and Restaurants • Food and Drink • Home • Tourist Guide  >  Catalan Cuisine: 9 of the best Catalan dishes and where to find them 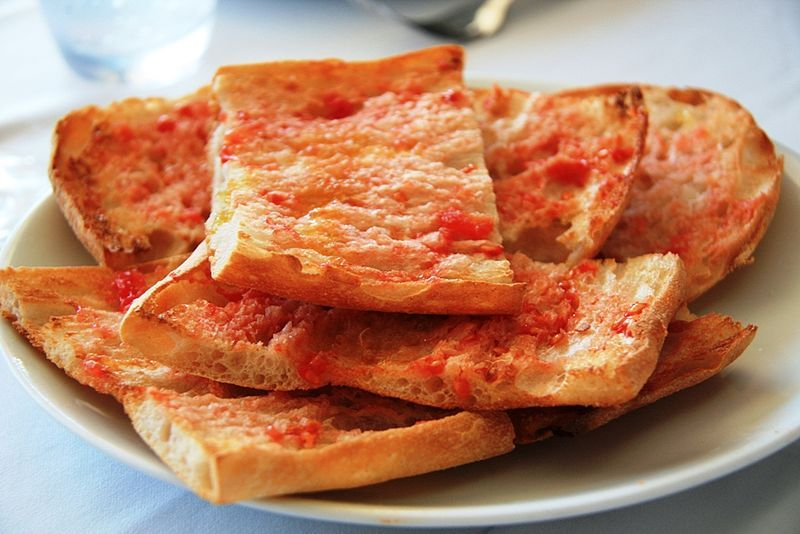 Catalan cuisine is much more than tapas, paella and sangria, drawing much of its inspiration from its geographical surroundings. Situated between the Mediterranean Sea and the mountains, the cuisine offers a diverse fare that’s influenced by the surrounding areas such as France and Italy. From succulent meats and fresh seafood to vitamin-rich vegetables such as tomatoes, aubergines, peppers and artichokes, the list goes on. To help guide your gastronomic adventures of Catalunya, we have compiled a list of a few traditional dishes and the best places around Barcelona to try them. 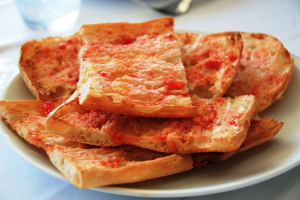 Considered a staple of Catalan cuisine and probably the region’s most famous, pa amb tomàquet, literally meaning ‘bread with tomato’, is popularly consumed on its own as a tapa before or with any meal, during any time of the day. Toasted bread rubbed with fresh tomato and olive oil – it’s as simple as it sounds yet deceptively delicious. 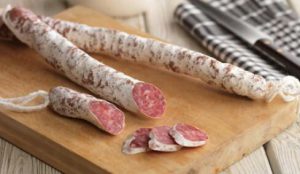 Before fridges existed, people had to perfectly time making sausages to overlap with the onset of cold weather. While the prize cuts of meat would be eaten freshly, other parts would be stuffed into what would become sausages, mixed with pig’s blood, bread and seasonings and named botifarra negra, ‘black blood sausage’. Perhaps the most traditional Catalan sausage, however, is fuet, which can be seen hanging in many food shop windows. It has similar texture as chorizo but lacks paprika. Fuet is a thin, long sausage with packed with intense flavour and a must-try when visiting the region. 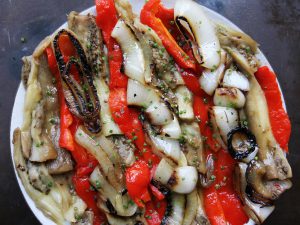 Escalivada derives from the Catalan verb escalivar which translates as ‘to cook in ashes’, which is how this dish was originally prepared. Escalivada is a grilled vegetable salad, typically made with roasted aubergine, red peppers and olive oil, sometimes also made with garlic and onions.  It is often served as a tapas dish on its own but is also a perfect accompaniment to grilled meats. 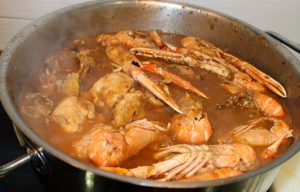 Mar i muntanya, translated as ‘sea and mountain’, is the ideal example that demonstrates how Catalan cuisine takes advantage of its geographical location.  Unsurprisingly, this typical dish combines fare from both the sea and the mountain. A classic pairing is chicken with prawns or langoustine, called pollastre amb llagosta, originally from Tossa de Mar, just up the coast. 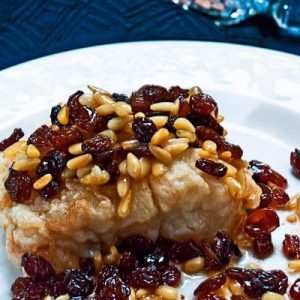 Catalan styled cod or, bacallà a la catalana, is a traditional dish of baked or boiled cod cooked in an onion and tomato sauce and topped with raisins and pine nuts. This tasty seafood plate can be found at any traditional Catalan restaurant and is a great way to taste the best of the Mediterranean. 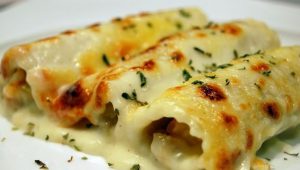 Canelons was a dish introduced to Catalunya by the Italians in the 19th century. In essence, rectangular sheets of pasta are filled with meat, fish or vegetables, rolled up, coated with béchamel sauce and covered with cheese. Sounds good, right? It is typically eaten on Boxing Day, taking advantage of the leftovers from Christmas, but these days people eat it all year round as it’s pretty irresistible! 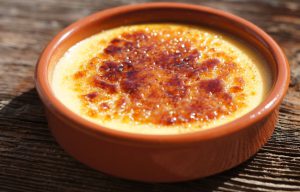 Similar to France’s crème brulée, crema catalana is a sweet pudding seasoned with lemon or orange zest and cinnamon. Traditionally prepared on 19th March to commemorate Saint Joseph on the last day of Lent, its delicious flavour is now known across the globe as one of the most celebrated Catalan desserts! 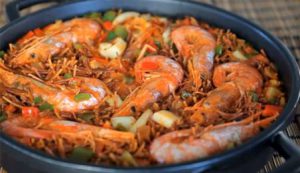 Fideuà, a cousin to paella, originated from Valencian fisherman. The dish was created when
the cook realised the Captain ate too much paella, leaving the others hungry. In an attempt to remedy this problem, the cook began to substitute rice for pasta. Although the Captain had preferred the dish with rice, there was enough food for all the fisherman. The dish’s fame spread into restaurants along the coast, and has since become a favourite among Catalans. The dish is comprised of monkfish, cuttlefish or squid, and crustaceans such as crayfish or prawns, along with its pasta base, it is dressed with either lemon or a garlic alioli. 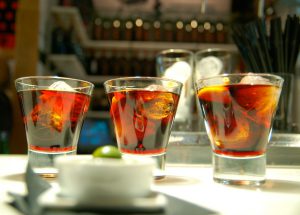 Although its origins are credited to Italy, distillers in Catalunya have been blending fortified white wine with sugar, herbs and various types of botanicals for over a century. It is typically paired with pickled, sharp, salty flavours such as smoked tuna, olives, anchovies or sweet and spicy peppers, which complement the herby-sweet drink. Traditionally, vermut is enjoyed before a big meal but it has since also gained popularity among millennials in bars in Barcelona. In fact, many vermut-dedicated bars are popping up all across the city.

Catalan cuisine is one of the richest around, taking much of its influence from its location and the produce found from the sea and the mountains that surround the area. We strongly recommend you try all of these dishes and restaurants listed so you can truly immerse yourself in Catalan culture…after all, ‘when in Rome!’.