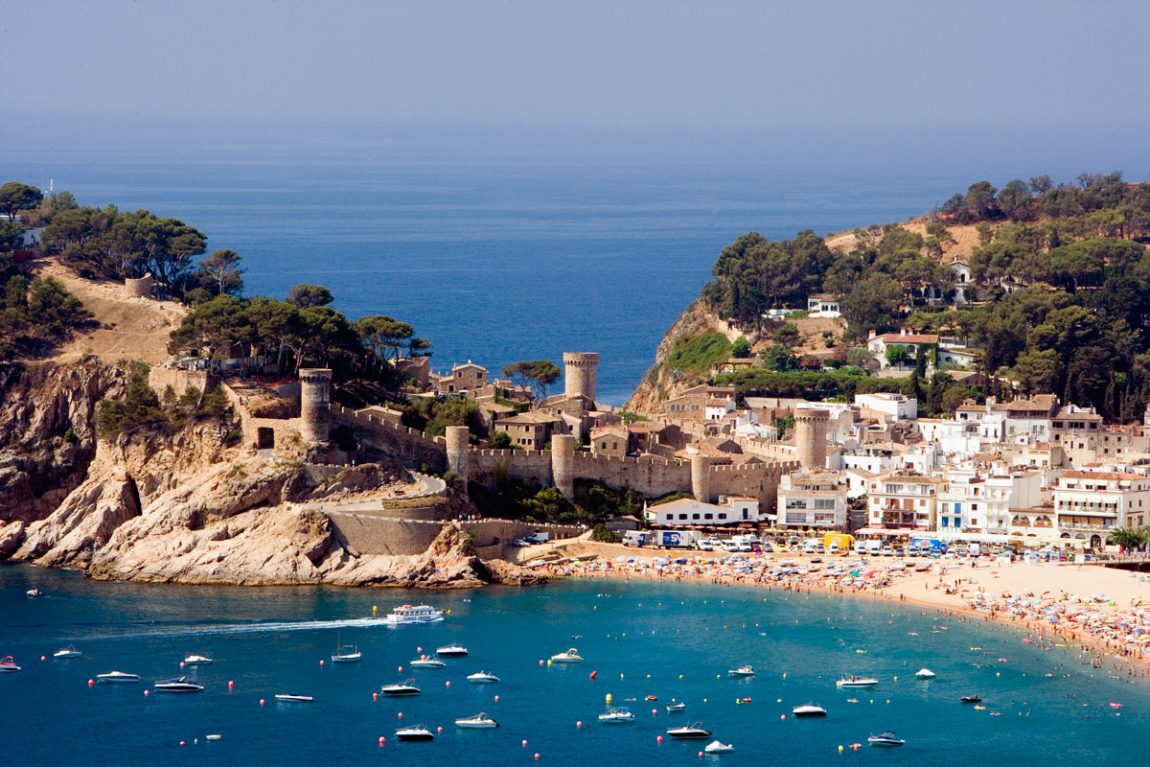 Located in the Costa Brava region of Spain, the picturesque Tossa de Mar is situated around 100km north of Barcelona, making it the perfect destination for a day trip or a short break from the Catalan capital. With it’s beautiful sandy beaches, hidden coves and rich history, you’ll never be short of something to do in this ancient fisherman’s village.

A bit of history

Tossa de Mar was one of the first places in Costa Brava to attract foreign visitors. It is known for being the first place in the world to declare itself an Anti-Bullfighting City in 1989 and was made famous in the 1950s by Ava Gardner and the film Pandora and the Flying Dutchman. However, its fascinating history goes back much further than that…

The majestic, thermal baths from the Roman settlement will transport you to another era, dating back to 1st century BC – 6th century AD. Located at Casa Ametllers, on Av. del Pelegrí, these old Roman baths offer a fascinating insight into the rich Roman history of Tossa de Mar. 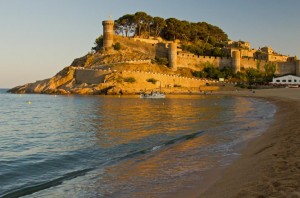 Vila Vella and the Castle

Vila Vella, the old town, is a picturesque place for an afternoon stroll with its narrow, cobblestoned streets. The town was guarded by high stone walls during medieval times, protecting its inhabitants from any invasions. Today, you can still see many structures from the old wall making it one of a kind on the Catalan coast. At the end of the old city walls you will find the Castell de Tossa de Mar (Tossa de Mar castle) still standing tall.

There are a total of 19 breathtaking beaches along the Tossa de Mar coastline, all offering something different.

Platja Gran – Its 430 metre stretch of golden sands and crystal clear waters is what attracts visitors to this beach. Without a doubt it is one of the most beautiful beaches in Costa Brava and offers a great atmosphere. 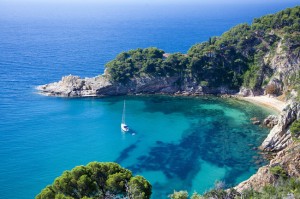 Cala Bona – A short drive from Tossa de Mar will bring you to the rocky coves of Cala Bona. This isolated, un-crowded beach is the ideal spot for those seeking total relaxation.

Cala Futadera – A little further along the coast from Cala Bona you will find more secluded beach coves to explore such as Cala Pola and Cala Futadera.

Fresh fish is a speciality in Tossa de Mar – great news for seafood lovers! Carrer Portal is the go-to street where you will find an abundance of restaurants all offering great deals on tasty dishes, including the popular Can Comas and Can Carlus. Alternatively, here are some of Tossa de Mar’s best hidden gems:

Can Sophia – Rated the number 1 restaurant in the area by Tripadvisor, Can Sophia is part of the hotel Casa Granados but is open to everyone. Specialising in healthy, Spanish cuisine, the restaurant is impressively decorated inside and offers amazing views towards the sea outside.

La Luna – Located slightly off the beaten track, within the winding alleyways of the Old Town, La Luna is a foodie’s paradise serving up some of the finest tapas around.

La Roca De Tossa – Home of authentic paella and some of the best fresh fish around, this family-run restaurant is a must for seafood lovers.

Tossa de Mar has an extensive festival program all year round. Here are some of our top picks.

January 20th – 21st:  The Pilgrim’s Vow – A pilgrim, along with 1000 others, walks 45km between Tossa and Sant Sebastià to remember to the plague that devastated a number of coastal towns in the area during the 15th Cenetury.

May 1st: La Festa de la Santa Creu – The festival of the holy cross is a competition to see who can make the most beautiful cross from flowers. The crosses are then paraded throughout the old town. 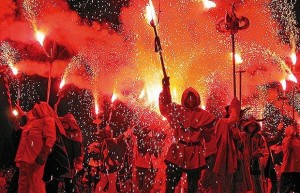 June 2nd: Festa Major – This is the main festival of the town where you can catch some unique Catalan traditions such as correfoc fire runs through the streets and traditional Catalan ‘Sardana’ dancing.

July 2nd: Virgen del Socorro – A local version of the Sardana is performed, the Ses Nou Sardane, to act out the legend of the Virgin chasing away the devil from the town, who is said to be fleeing with a village boy.

August: The whole of August you can catch the International Music Festival of Tossa de Mar featuring the very best local and international musicians.

How to get there from Barcelona

Eight buses depart daily from Estació del Nord, with the journey taking around 1 hour 30 minutes and costing around just 24€ return.

Tossa de Mar can be reached by car in under 1 hour and 30 minutes from Barcelona.