This week we have been researching one of the most iconic buildings in the whole of Barcelona, Catedral de la Santa Creu i Santa Eulalia or The Cathedral of the Holy Cross and Saint Eulalia, located in the Gothic Quarter. It is a tourist hotspot, a site of worship for many and highly regarded for its stunning architecture. That´s before we even mention the history of the Barcelona Cathedral in our amazing city. Behind every important building, there is an even more telling piece of history to go with it. Here is the story of our cathedral, The Barcelona Cathedral.

Known commonly as the Barcelona Cathedral, the real name of The Cathedral of the Holy Cross and Saint Eulalia pays homeage to Sain Eulalia, born in Barelona, who was persecuted, tortured and ultimately murdered by Roman soldiers in the year 303. Saint Eulalia was only 13 years old and was one of many people at that time to be murdered for not renouncing their Christianity, on the back of orders Emperor Diocletian when dealing with new colonies like Barcino (modern day Barcelona). Her remains were originally kept in Santa Maria del Mar before being moved to The Barcelona Cathedral in 1339, where she rests in a Crypt within the cathedral.
It is interesting to note that some locals refer to the cathedral as La Seu, which is Catalan for ‘seat’. The seat in question is of the diocese of Barcelona. The current Archbishop of Barcelona is Juan José Omella i Omella, who was appointed in 2015. 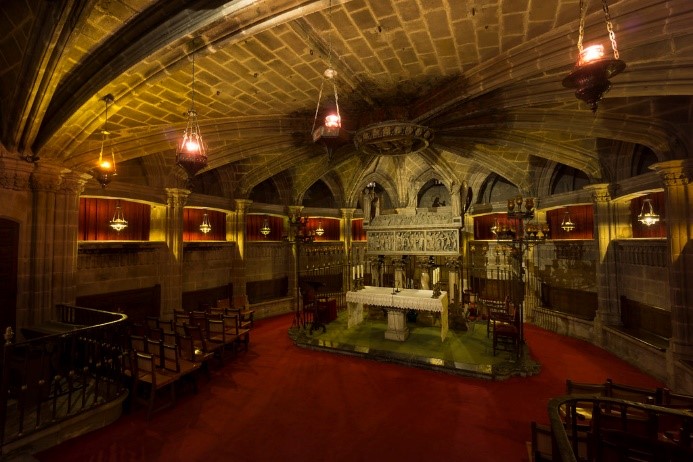 On 1st May 1298, work began on the foundation of previous churches that were erected and either dismantled or destroyed through Moorish attacks during the Reconquista period. Construction took place under Juame II, Then King of Arragón and Count of Barcelona, and Bernat Pelegri, the Bishop of Barcelona. Progress was relatively slow and by the time the cloister (Where monks and nuns would live) was constructed in 1448, the cathedral was finally completed after 150 years of building and has since remained a pillar of the city´s history. 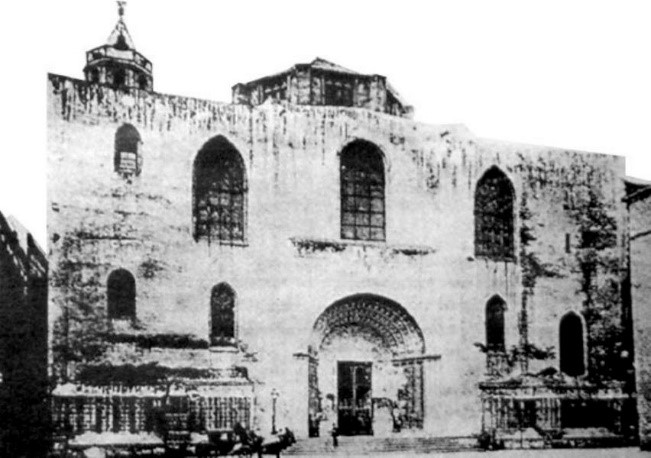 Change of details of Barcelona Cathedral 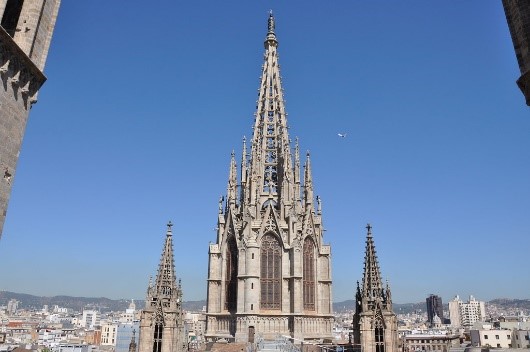 As time passed, the Barcelona Cathedral became popular and people recognised the importance of this building. Due to this, the cathedral was well maintained and the original features and designs remained. This was until the 19th Century, when work on the facade (exterior), it began as an attempt to make the building grander. By the 1880s, Miguel Girona i Agrafel began plans to add the central towers and two smaller towers either side. By 1914, his children had completed the work. Because of this, The Cathedral of the Holy Cross and Saint Eulalia has its iconic architectural detail; like most others in Western Europe.
It is important to note that some cleaning and restoration works took place on the cathedral from 1968-1972.

Features and Interior of the Barcelona Cathedral 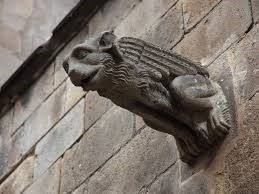 Firstly, looking at some of the features this cathedral has on offer. Starting with Gargoyle that the Barcelona Cathedral has on the exterior of the building, which were originally used in Gothic art as a means of scaring off evil spirits from the church due to their frightful design and expression. Something that has shaped the history of the Barcelona Cathedral in as much as being a defining feature that people admire as they pass by. 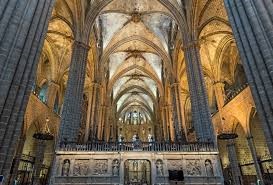 Secondly, another must-see feature is the cloister. This is the open-air garden was originally used for monks and nuns, dates back to 1448. Currently, this sunbathed oasis is home to 13 geese and a fountain; 13 being in memory of Saint Eulalia, the age at which she died.
The interior is textbook to any Gothic place of worship. The tall and arching pillars beautifully frame the alter and pews of the cathedral. The walls are lit with a Golden tint, which balances perfectly with the natural light that passes through the stained glass. Only through admiring the architecture of the building and all of its intricate details, is the way you can truly connect with the history of the Barcelona cathedral.

Things to do around Gothic Quarter

Whilst you´re in the Gothic Quarter, we´ve done some research on what there is to do and see there!

Now go and impress your friends with these Interesting Facts about History of the Barcelona Cathedral!