Warning: count(): Parameter must be an array or an object that implements Countable in /furanet/sites/blog.apartmentbarcelona.com/web/htdocs/wp-includes/post-template.php on line 284
Skip to content
Hit enter to search or esc to close
Home  >  Culture • Home • Neighborhoods • Things To Do • Tourist Guide  >  Secrets of Barcelona’s Gothic District 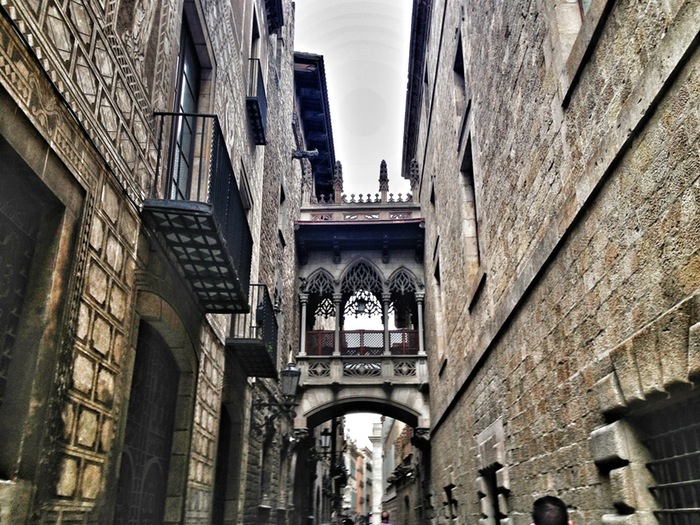 Barcelona’s Old Town was once surrounded by high stone walls that protected this Mediterranean settlement from the invasions that regularly swept across the Iberian Peninsula. Fast forward to the 21st century, and the historic centre of Barcelona contains many of the most important must-see spots in the Catalan capital.

You’ll find the Gothic Cathedral, with its high spires and evocative religious artwork; churches such as Santa María del Pi and the Baroque Basílica de la Mercè, evidence of its Medieval and Roman past, and much more. These tend to be well marked in any guide book. Instead, we bring you a few lesser-known details to look out for in the Gothic district of Barcelona. 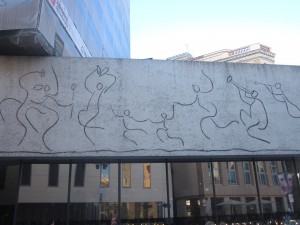 Barcelona Cathedral looks out onto a large square, where perfomers gather to wow the crowds, countless selfies are snapped, and of course the Cathedral’s spires, gargoyles and fascinating architecture is soaked in. If you turn around you’ll notice a square shaped building, the Collegi D’Arquitects de Barcelona (Architectural Society).

Its exterior wall is topped by several large friezes based on drawings by Pablo Picasso. These brushstokes suggest the lively movement of Catalonia’s national dance, La Sardana, which is often danced in this very square. 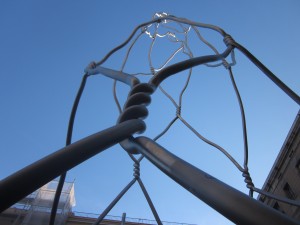 Towers in the Sky

Casteller teams practice all year to participate in festivals where they raise themselves up to 8 storeys high on each others’ shoulders, in a careful display of balance and agility. 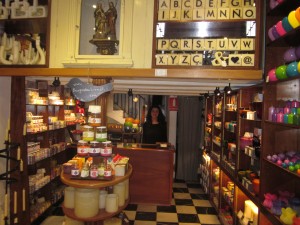 This is one of Barcelona’s oldest shops, which first opened in 1862. Three years later Cerabella moved to the location where it still stands today, at C/ Sant Antoni Abat, 9.

The business and artisan know-how has been handed down through five generations of candlemakers, evolving with each generation.

The Jewish district of El Call

Barcelona had a significant Jewish community in Medieval times, and it was concentrated in these few narrow streets of the Gothic area known as El Call.

The community made sure that everything was available for living in accordance to Jewish customs and traditions. You can still visit one of the oldest synagogues in Europe which can be found here. 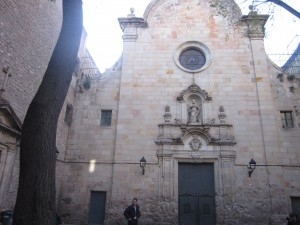 This isn’t the only shadow in the square, as the walls of the church are pock-marked with shrapnel holes from a bomb explosion during the Spanish Civil War, in January 1938. Forty two casualties were suffered, mostly children who were playing near the church.

There are a couple of bars that look out onto the square where you can contemplate this glimpse of history, and its contrast with the lively movement of people that pass through.