Skip to content
Hit enter to search or esc to close
Home  >  Bars, Cafés and Restaurants • Food and Drink • Home • Nightlife • Tourist Guide  >  Icebarcelona: That’s One Way to Chill Out at the Beach 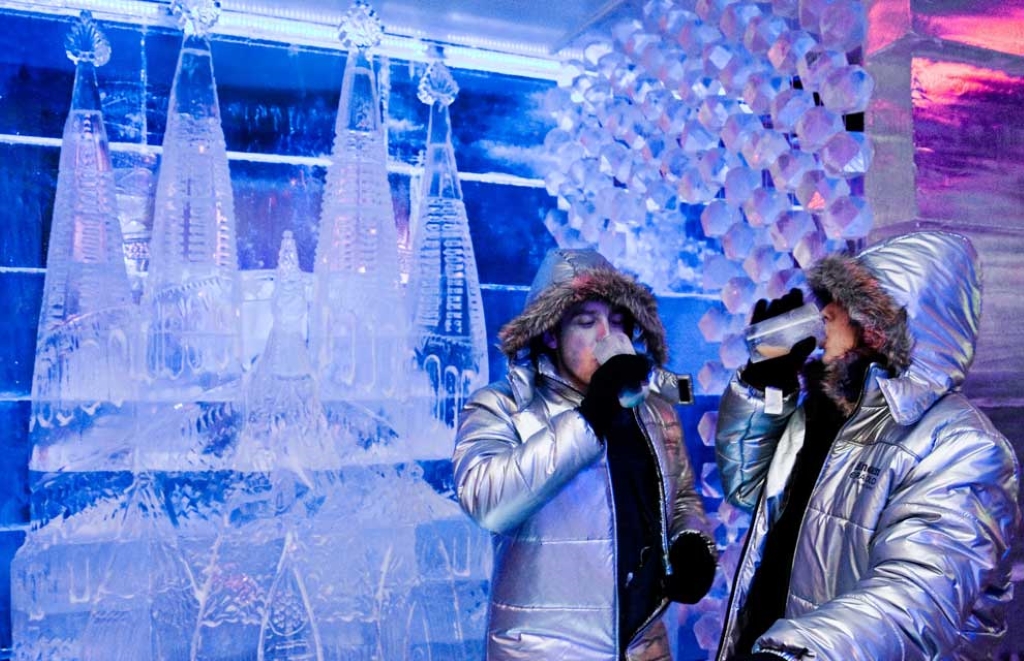 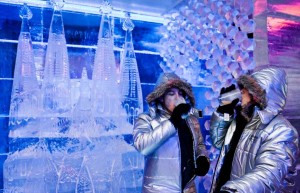 What better way to cool off during the hot summer months in Barcelona than at an ice bar by the beach? At Icebarcelona you’ll get the chance to view magnificent ice sculptures in a non traditional setting. With good music and the warm company of others there is no place like Icebarcelona.

The bar is completely sculpted out of ice, which generates quite a surreal feeling. Canadian sculptor Marc Lepire and his German colleague Sven Morawietz most definitely succeeded in creating a stunning scene by the Barceloneta beach. The juxtaposition of two radically different climates creates a bizarrely beautiful contrast. One moment you’ll be walking on the long, sandy beach, the next you’ll be sipping cocktails in the coolest bar in town – literally! 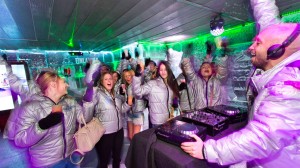 Back in 2007, Dutch entrepreneurs visited Ice Bar Amsterdam. It was here that they got the idea to create an ice bar on the beach, and Barcelona was the chosen destination. They began to transport mass amounts of ice (close to 25 tons!) from Belgium, and in turn constructed the bar. Such an audacious challenge has never been attempted in Barcelona’s wonderful climate. Due to the city’s hot weather, Icebarcelona has to be remodelled every year. This allows the sculptors to freshen up its appearance, and it only takes them four days!

The entrance fee is around 15 euros, which will give you a free drink, plus coat and gloves. The drinks include a flavourful cocktail, beer, or juice but unfortunately no soda because of the cold conditions. In the past they have hosted a wide variety of DJs, winter/summer balls, parties, and fashion shows. And if that’s not enough, Icebarcelona also offers to host and organize an event for you, if you’re looking to make your stay in Barcelona even more special. They can employ musicians, photographers, actors, and even jugglers. 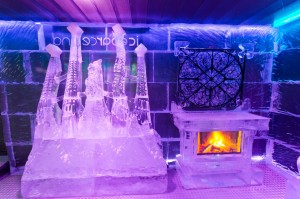 Icebarcelona is located near the Casino de Barcelona and Carrer de la Marina. This area of Barcelona is also home to many of the city’s top bars and clubs.