For those of you that think Barcelona locals spend their time checking out the Sagrada Familia, taking selfies on Barceloneta beach, and shopping on La Rambla, we hate to tell you that you’re wrong.

In fact, those living in Barcelona do their best to stay away from these tourist attractions and dodge the high summer season the best they can. But where exactly do they go? 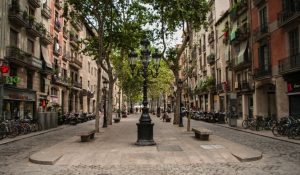 A street with culture, nightlife, and shops. El Born is the place where many locals come to get away from the busy La Rambla, and many also say it’s the best place for mojitos and burgers in the city.

This neighbourhood is great for spending an afternoon getting lost in its labyrinthine streets, window-shopping in the nicest boutiques, and sipping on cocktails on Paseo del Borne.

Barcelona’s hottest hot spot right night, the Bunkers del Carmel are old civil war bunkers that have incredible 360 panoramic views of the city. These days, they are populated by young people drinking beer and enjoying the Mediterranean sunset, free from all the cares in the world.

Who knows Barcelona better than those that live here? Many locals organise both bike and walking tours for those new to the city, sharing with them the real best places to go that they don’t show you in the guidebook. 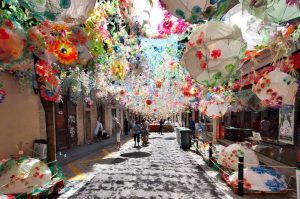 Previously an independent village separate to the city of Barcelona, the neighbourhood of Gràcia was only merged into the city during its expansion at the beginning of the 19th century.

Its inhabitants range from older Catalan residents, to young hip artists looking for a more relaxing life away from the city centre.

Barcelona is surrounded by the Collserola mountain range, a great place to go walking, cycling, running, hiking, or to have a picnic. Many spend their weekend up in the mountains, climbing to the top of Mount Tibidabo to take in the breath-taking views of the city, or to visit the glorious Temple Expiatori del Sagrat Cor church.

Electric scooters are a popular form of transport in the city due to their ability to beat rush hour traffic and summer city congestion. They’re also cheaper than you think to rent. We recommend Yego scooters, which are great for travelling through the city, as well as along the coastline. 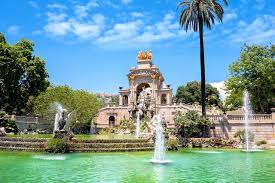 The park was built in 1888 for the World Exhibition, and is a great spot to relax and picnic on summer afternoons.

There is also a lake where you can hire boats by the hour.