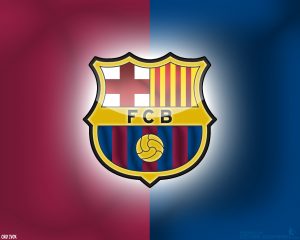 Barcelona Football Club, or Barça, was founded in 1899 and is now one of the most widely supported football teams in the world. The club has become a symbol of Catalan culture and embraces the motto ‘més que un club,’ more than a club. It is the second-richest football club worldwide in terms of revenue, and the fourth-most valuable sports team in the world. Written by Jaume Picas and Josep Maria Espinàs, the official anthem of FC Barcelona is the “Cant del Barça”.

Some of FC Barcelona’s most famous players have included through the years: Luis Enrique, one of the club’s most versatile players and known for his controversial switch from FC Barcelona to Real Madrid CF (one of the club’s biggest rivals), Antoni Ramallets, famous for winning the prestigious Zamora Trophy 5 times, Rivaldo, known for his mind-blowing free kicks and for being one of the most creative footballers of his generation, Carlos Puyol, previous long-term captain of the team and winning 20 titles with Barcelona, including three Champions League titles, Andres Iniesta, the Spanish footballing wizard, and Xavi Hernandez, one of the greatest midfielders FC Barcelona has ever witnessed. 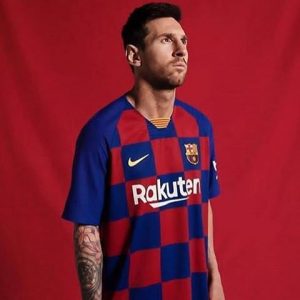 Many hail Lionel Messi as the greatest footballer of all time, and he is Barcelona’s all-time highest goalscorer in all competitions with more than 600 goals. Originally born in Argentina to a working-class family, Messi’s talent was apparent from early on. However, at the age of 11, Messi was diagnosed with growth hormone deficiency (GHD), and could not afford the hormone therapy needed to treat his condition. Impressed by his incredible talent, Carles Rexach, then the coach of FC Barcelona, offered Messi a contract with the club that included paying for Messi’s treatment in Spain. The rest is history.

When Barcelona play against their fiercest rivals, Real Madrid, the match is referred to as El Clásico. This rivalry is regarded as one of the biggest in world sport. In 2014, Forbes ranked both Barcelona and Real Madrid the world’s two most valuable sports teams, and both clubs also hold the title of the two most followed sports teams on social media.

Dark red and dark blue are the official colours of FC Barcelona, and despite the t-shirt often changing its style through the years, the colours of the team have remained the same. The club’s crest includes the cross of St. George (patron saint of Catalonia) and the flag of Catalonia. In the bottom quarters of the crest, there is a football, as well as the traditional team colours mentioned before.

On the 3rd of June 2019, the club announced the new t-shirt for 2019-2020 which for the first time did not include the club’s infamous stripes. Instead, the stripes were replaced with checkers, alluding to the grid-like design of Barcelona’s Eixample neighbourhood (see above).
In terms of sponsorship, Nike has been the official kit supplier of FC Barcelona since 1998, and the team have many other sponsorship deals with big names like Qatar Airways, Beko, and Rakuten.

FC Barcelona is based at Camp Nou, a stadium established in September 1957 and designed by Francesc Miró-Sans. Visitors can tour the famous stadium and embark on The Camp Nou Experience, stepping foot in the opposing squad locker room, the players’ tunnel, onto the pitch, and even taking a seat on the famed team bench. The final stop on the Camp Nou Experience is a chance to lift one of the team’s cups in your own hands, and become a famous football star, if only for a minute!

The best way to find out more about Barcelona Football club, is by watching them in action. You can buy tickets for matches online on the FC Barcelona website. If tickets appear sold out after initial attempts, wait until season ticket holders who are not attending the game release their seats to the general public. A few days before match day, more tickets will become available online.

E-tickets are emailed to spectators and should be printed off for entry.