Skip to content
Hit enter to search or esc to close
Home  >  Bars, Cafés and Restaurants • Culture • Food and Drink • Home • Summer • Traditions  >  What on Earth is horchata, anyway? 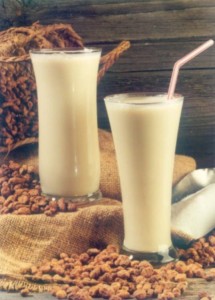 On a hot day everyone has a go-to drink. Whether it’s as simple as an ice cold glass of water or something more extravagant like a Piña Colada. Recently, while residing in Barcelona, I’ve changed my go-to drink to a horchata. It has just three simple ingredients that blend perfectly to create such a sweet, delicious nectar.

Horchata is composed of water, sugar, and tigernuts. Many of you may have heard of water and sugar so we’ll skip over those two… Tigernuts on the other hand are a far less heard of.

Despite what the name may lead you to believe, tigernuts are not a nut at all, but in fact a type of plant. Which, as you can imagine, does not stop them from being any less healthy. They are a resistant starch, have healthy fats, and are allergen free. In addition to those benefits they have vitamins that reduce cholesterol and contain no sodium. Your body would most certainly be happy with you after drinking one of these!

Horchata tastes sweet with a slightly bitter aftertaste. They have a milky and nutty taste (although there is no milk or nuts in a traditional Horchata).

Where can I get one?

Since they are so delicious and popular, horchata can be bought at a variety of different places, including supermarkets. However there are three particular places you should be on the look out for if you are seeking to experience an authentic horchata in Barcelona. 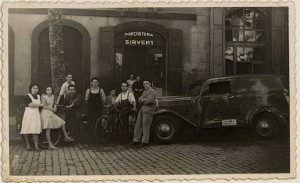 Sirvent’s original storefront is located in Eixample. The same shop that opened in 1920 is still around to this day. The reason this shop keeps going is because they know how to make some of the best desserts in town.

To give you a heads up, Sirvent is almost always packed. You may have to wait a little, but it’s most definitely worth it! There’s no better place to get an authentic horchata in Barcelona. They also have another location if you want to avoid the crowd. 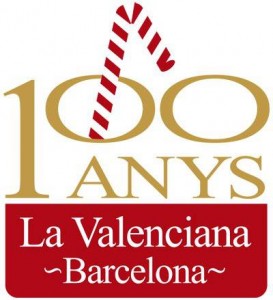 Address: The original store is at Parlament, 56 while the other is at Balmes, 130.

Much like Sivent, Valenciana has been around since the early 1900’s. Since 1910, The Cortés family has been running this wonderful store. La Valenciana takes pride in keeping the store in the family and in turn has near perfect family recipes. Four family generations have been in charge of making horchata here. 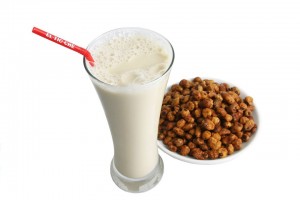 El Tío Che is a must visit, not only thanks to the delicious menu, but because they are also in prime location. They’re located close to the beach, which makes it an essential stop after one of those long hot days on Barcelona’s beautiful beach. In addition to their desserts, they have some of the best sandwiches in the area if you are looking for a little substance to go with your horchata. 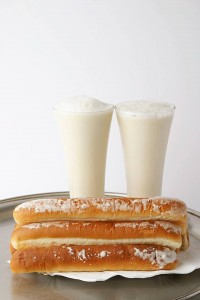