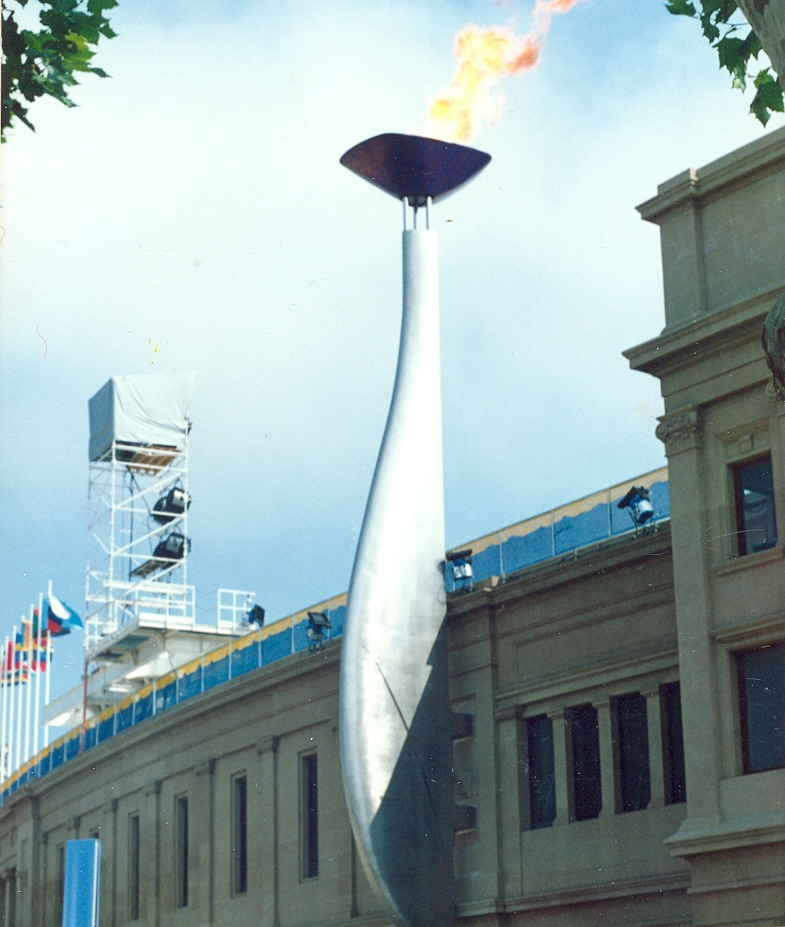 With Barcelona being home to people of all cultures, embracing diversity and coming together in a love for sport incomparable to any other city, it made perfect sense to have it host a global sporting event. Then, in 1992, the Summer Olympic Games would come to the city and show how people from all over the world could come together and enjoy some unmissable action! Come with us, as we revisit the 1992 Olympic Games in Barcelona, as we take a look at some of the most important moments of the event and which venues you can visit, as they were some 28 years ago on your next trip to Barcelona.

Taking place in Barcelona from 25th July to 9th August 1992, the Summer Olympic Games took place and showed off the Catalan Capital to the watchful eyes of the world for the first time. With 9,356 athletes coming from some 169 nations to participate, the stage was set for an unforgettable couple of weeks. Barcelona grasped this opportunity with both hands and the games would go on to be remembered for many years to come. The breakup of Yugoslavia at the time would lead to the first and final appearance of the Unified Team, made up of the new countries here, who ended up topping the medals table with 112 medals, 45 of them being gold. With this event being so important to Barcelona, we decided to reflect on some of the highlights of this game and which venues you can still visit on your next trip to Barcelona. 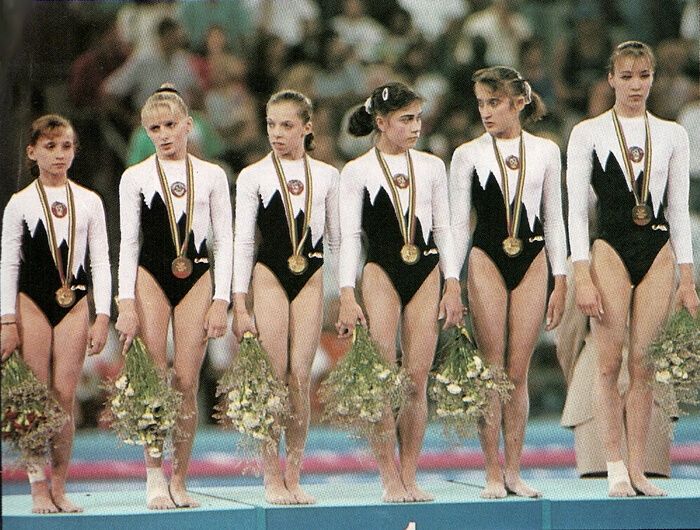 Taking place in the Estadi Olímpic de Montjuïc, the opening ceremony of this event started the games in an incredible way. With dancing, colours and all participants walking a lap of the stadium, it culminated with Paralympic archer Antonio Rebollo firing a lit arrow to the cauldron. This captivating move was magical and iconic. You can watch the highlights of the ceremony below:

During the men’s 400 metres semi-final, Great British athlete Derek Redmond tore his hamstring. In unbelievable fashion, his father broke onto the track and helped his son to finish the race. This touching moment showed togetherness, compassion and humanity, which was received with a standing ovation from the crowd. 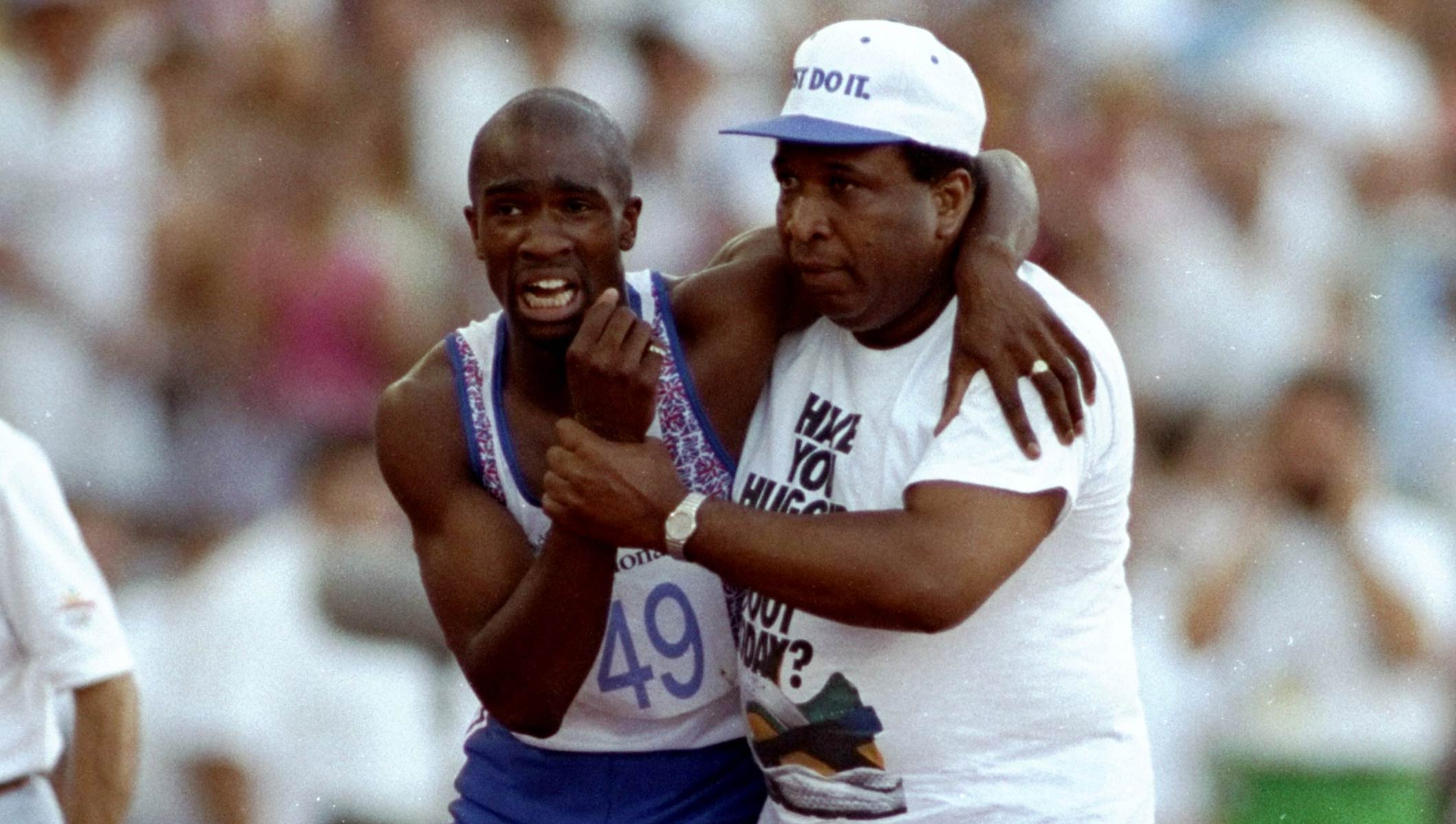 If you have been watching ‘The Last Dance’ on Netflix, you will have spotted Micheal Jordan and fellow members of the American basketball team competing in the Catalan Capital. As well as Jordan, this ‘Dream Team’ consisted of stars like Magic Johnson and Larry Bird among other NBA stars. This was the first time that the US could use professional basketball players at this level and they would comfortably claim gold, as what is still seen as the best basketball team to ever compete together. 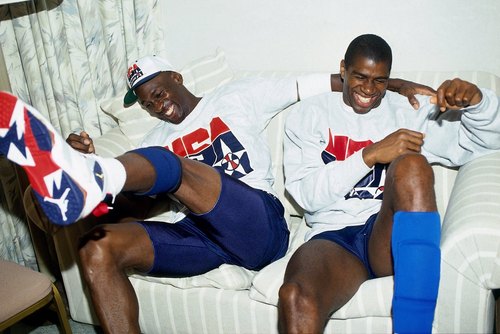 Another fascinating moment from the 1992 Barcelona Summer Olympic Games was found at one of the diving finals. Fu Mingxia, of China, became one of the youngest athletes to win gold at the games, being aged only 13! She would go on to win gold in the next 3 olympic games, making her one of the most decorated divers in Olympic history. 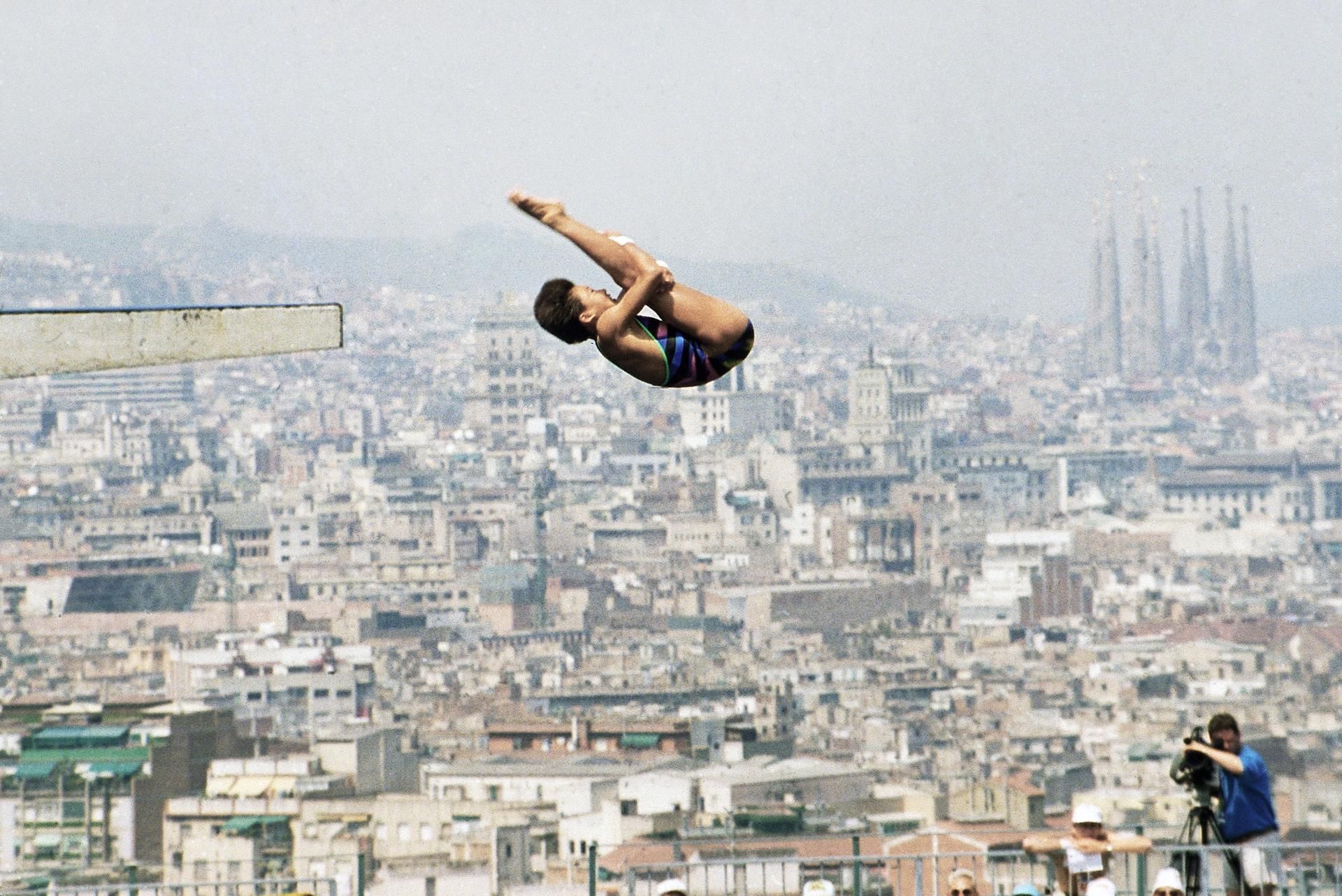 Of the stadiums and other places used to accommodate these games, there are some that gained more recognition than others for hosting certain events or moments of the event. From the opening/closing ceremonies at the Estadi Olímpic de Montjuïc, to the Palau Sant Jordi, which held gymnastics, volleyball and handball finals. 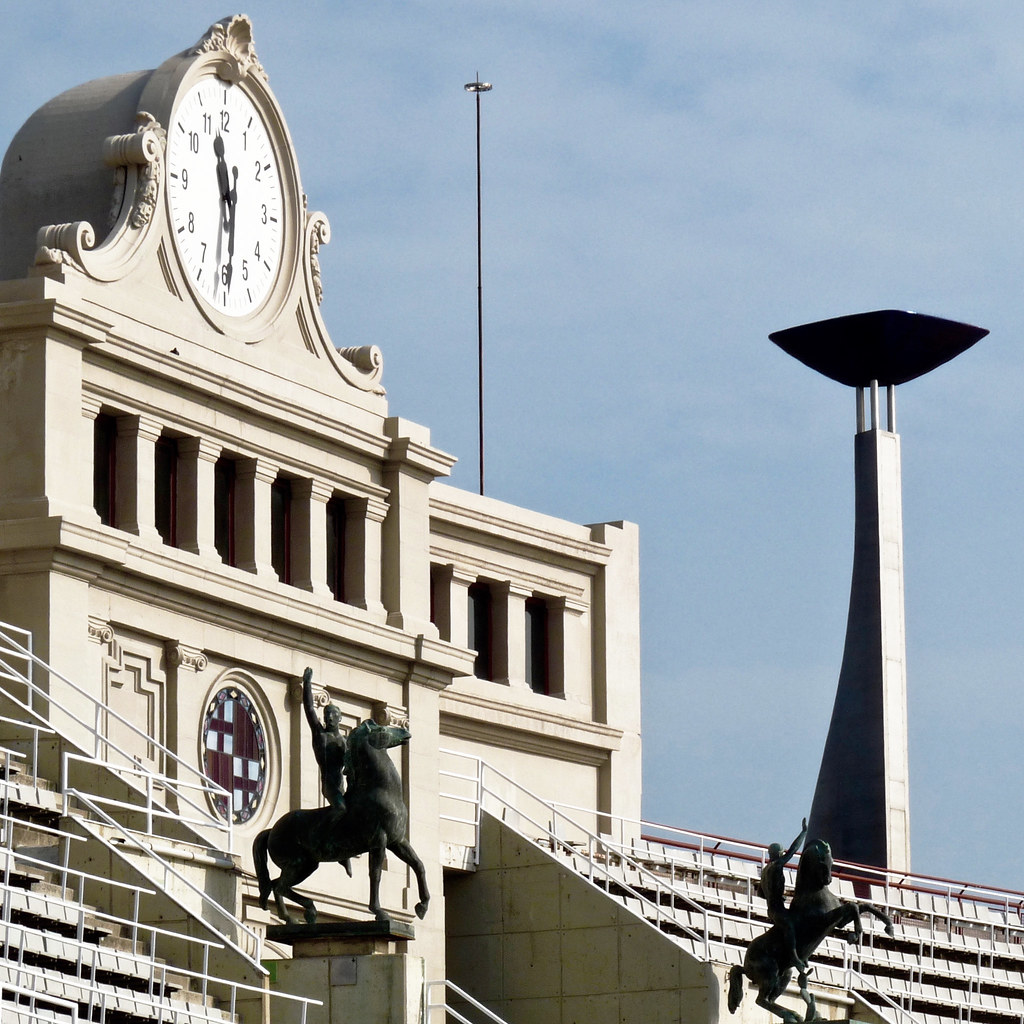 In addition to this, there were the pools of Piscines Bernat Picornell and Piscina Municipal de Montjuïc, which held swimming and diving events respectively. As the two locations above, these two pools are open for you to see on your next trip to Barcelona. 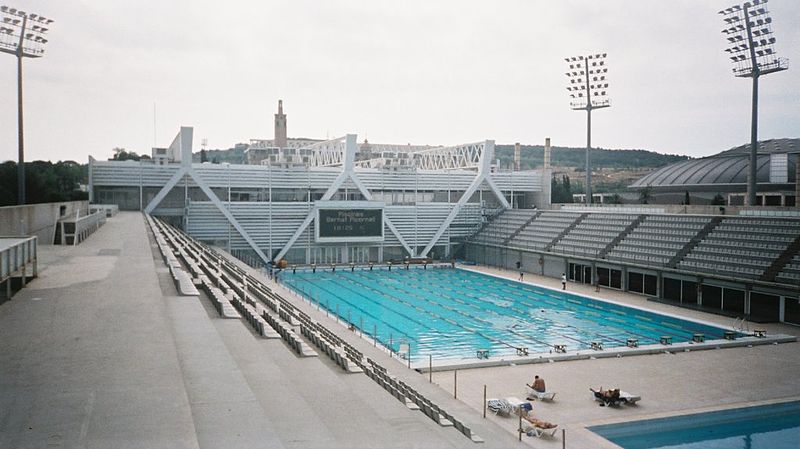 Among other important places used, there was a large amount of focus placed on the harbour of Barcelona, where you can see many memories of the 1992 games, with the Olympic Harbour and the area around it where the Olympic village was established. 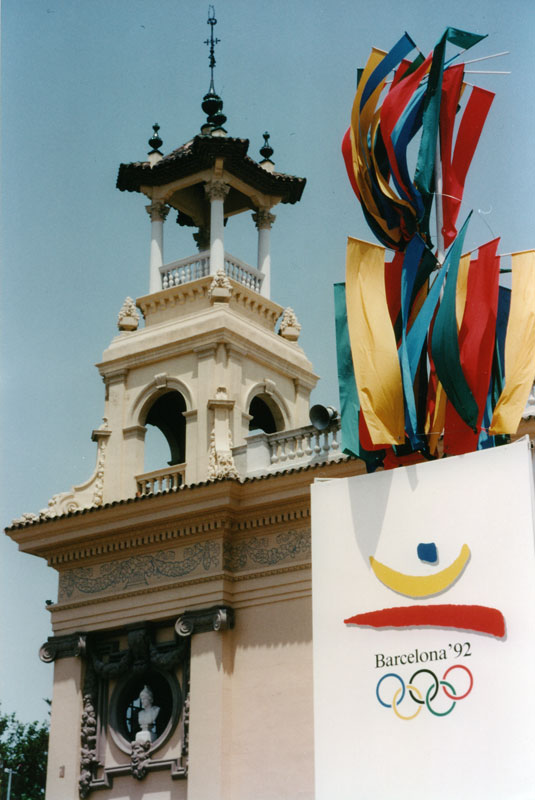 The 1992 Summer Olympic Games in Barcelona undoubtedly gave the city the pedestal it needed to progress into being one of the most important cities in Europe. The games brought lots of investment that went into modernising infrastructure, facilitating cultural growth and giving the city many sports facilities that would ensure long term employment and enjoyment among the locals. In addition to this, the beaches that were made for the games (yes, you read that right) gave the city another string to its bow of being a tourist hotspot for years to come. We strongly suggest retracing the route of the Olympics the next time you visit Barcelona.