One of the best things about watching films is that you can recognise the odd street corner, familiar scenery or even a favourite city. When somewhere has a sentimental value, it is enjoyable to remind yourself of this place. Whether it is where you and a friend have visited, you have been there with a partner or your family, it holds a place in your memory. Barcelona as a city is held by all visitors to this high regard, with it being where memories are made by all. One of the best ways to re-imagine and give a new life to these memories, if you cannot visit the place, is by watching it on film. This way you can point out where you are familiar, so that you can imagine yourself in the scene. Therefore, we thought best to pick out 5 films based in Barcelona for you to watch and enjoy as you reminisce about the great times you’ve had in the Catalan Capital. 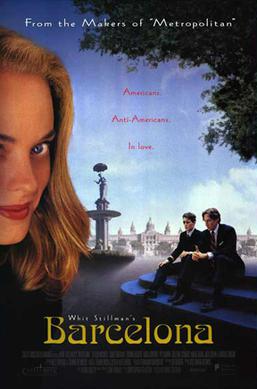 The clue is in the name for this first one. Written and directed by Whit Stillman, this American comedy-drama takes place in our wonderful city. Ted, a Chicago salesman, lives and works in Barcelona during the 1980s, when his cousin, Fred, comes to stay. Fred, who is a U.S naval officer, comes to stay as he gets things into place for the arrival of a touring fleet. These cousins have had an up-and-down relationship that culminates in this film. Both young and single, the film follows them as they try the dating scene in Barcelona, which leads Ted into a work-related issue. This film is a great one to watch for anyone missing Barcelona, with many notable spots all over the city, it is an ideal way to remind yourself of our wonderful city, having fun in the process! 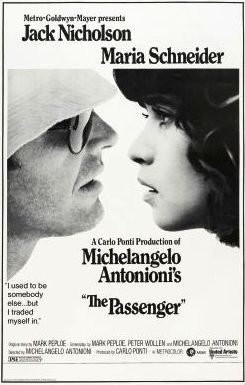 A noir film, The Passenger begins its story with TV journalist, David Locke, staying in a hotel near the Sahara whilst making a documentary on post-colonial Africa. In the hotel he befriends an English businessman, Robertson. Robertson passes away suddenly and Locke steals his friend’s identity in order to start a new life for himself, persuading the hotel owners that the deceased person was Locke, not Robertson. This leads to Locke’s family wanting to track down “Robertson” in order to find more out about his alleged death. This search brings Martin, a friend of Locke, to Barcelona where a close encounter gives the film tension. Watch this brilliant film to find out how it ends! 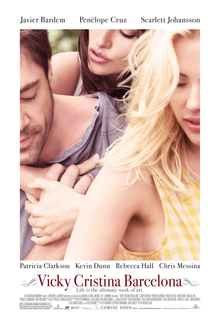 This film has some very famous faces in it, with Penélope Cruz, Scarlett Johansson and Javier Bardem, playing the main parts. Directed by Woody Allen, this rom-com focuses on two American women, Vicky and Cristina, as they spend a summer in Barcelona. When here, they meet artist Juan Antonio and the complicated love story in Barcelona begins. Juan, who enjoys the attention of both Vicky and Cristina still has a confused relationship with his ex-wife, María. This film was shot all over the city and unfolds in a dramatic way. With some great actors, this is easily one of the best films set in Barcelona.

Places to look out for: University of Barcelona, Sagrada Familia, Parc Güell, Plaça Reial, Via Laietana and Barceloneta beach

Pot Luck, also known asThe Spanish Apartment, is a french-spanish language film written and directed by Cédrick Kalpisch. The story of this film is about an economics student in his Erasmus year in Barcelona. Here, the protagonist Xavier lives in shared student accommodation with fellow students from all over Western Europe. Showing how different cultures mix together in a new environment, this feel-good film shows comradery, life-choices and friendship in a refreshing way. Making for a very enjoyable film that is set in Barcelona. Giving you a chance to relive your memories of our wonderful city.

All About My Mother, Pedro Almodóvar, 1999

The last on our list of top 5 films based in Barcelona is a spanish-language film, directed by Pedro Almodóvar and also features Penélope Cruz. This film follows Manuela, an Argentine nurse and single mother to Esteban, a teenager with a dream of becoming a writer. A tragic event leads to Esteban’s death and leads Manuela to tie up loose ends in her life. Such as moving to Barcelona in search of Esteban’s father, a trans-woman named Lola, whom Manuela never told had a son. A powerful story that deals with very complex issues, like AIDS, homosexuality, transsexualism, faith and human nature; this film was ahead of its time and received world write success for the story it tells. Being set in Barcelona, this film gives you a strong story to learn about, in a familiar setting. We hope you enjoy them all.