Barcelona is a city that lives and breathes football. From grassroots to professional leagues, every section of society is gripped by the sport. If you are from Barcelona, there are, generally speaking, two teams to choose between: FC Barcelona and RCD Espanyol, with both teams being in the top flight of Spanish football, La Liga, as of 2019/20. With, needless to say, FCB having a dominant role in the league for most years since the league began. However great the difference has been, whenever these two teams come together in El Derbi Barceloní (The Barcelonian Derby), the city comes alive with local fans rooting for their side to get the edge of their neighbours. We thought this article would give you the perfect opportunity to understand the history behind this rivalry, so that you can relate to the fixture when it next comes around. 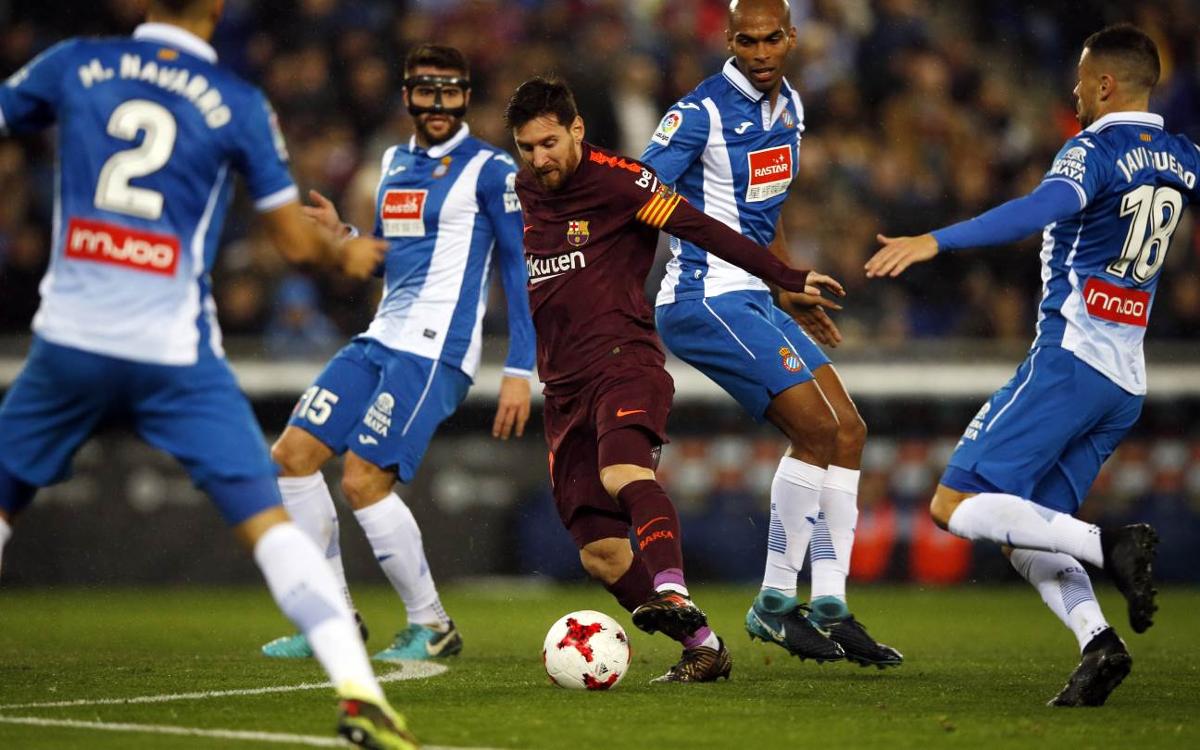 The story behind this fixture goes back to the early 20th century, when Catalonia pushed for its first statute of autonomy back in 1918. The appeal was led by Catalan press who collectively stated that FC Barcelona was the club of Catalonia, much to the annoyance of RCD Espanyol. RCD were seen as the club who identified with Spain as a country, rather than solely with the values of Catalonia region. This would be a precursor to El Derbi for many years to come. Admittedly, since this point, the fixture has been more important to the fanbase of RCD Espanyol, with FCB focusing on national and global dominance. Nonetheless, the fixture has a rich history and it is understandable as to why the ears of the city prop up around game day. 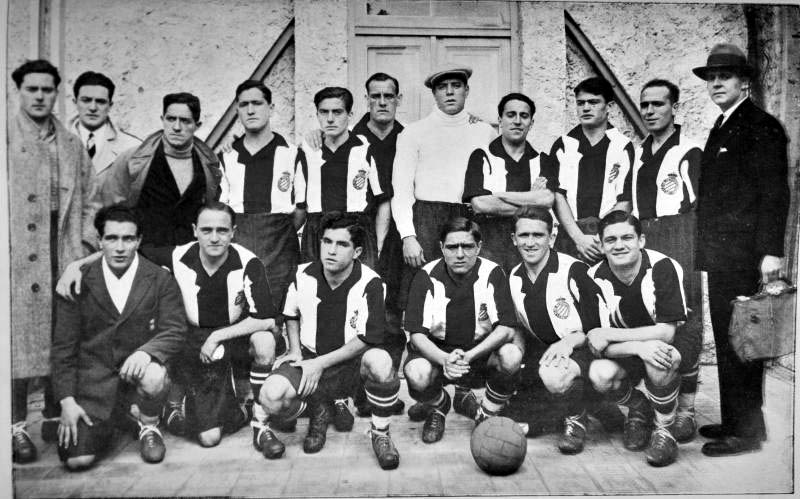 This is the most local derby in La Liga, with some 7km separating the Camp Nou of FCB and the RCDE Stadium of Espanyol. In the past 70 years, however, RCD have finished above their neighbours on only 3 occasions, showing the aforementioned dominance that Barca excerpt. Espanyol hold the title for the largest win in the fixture, when they beat FCB 5-0 in 1951; an era when the quality between the two sides were arguably the closest it has ever been. As of 2020, Barcelona have won 123 games to Espanyol’s 44, in addition to their seemingly endless number of trophies of national and international accolades. 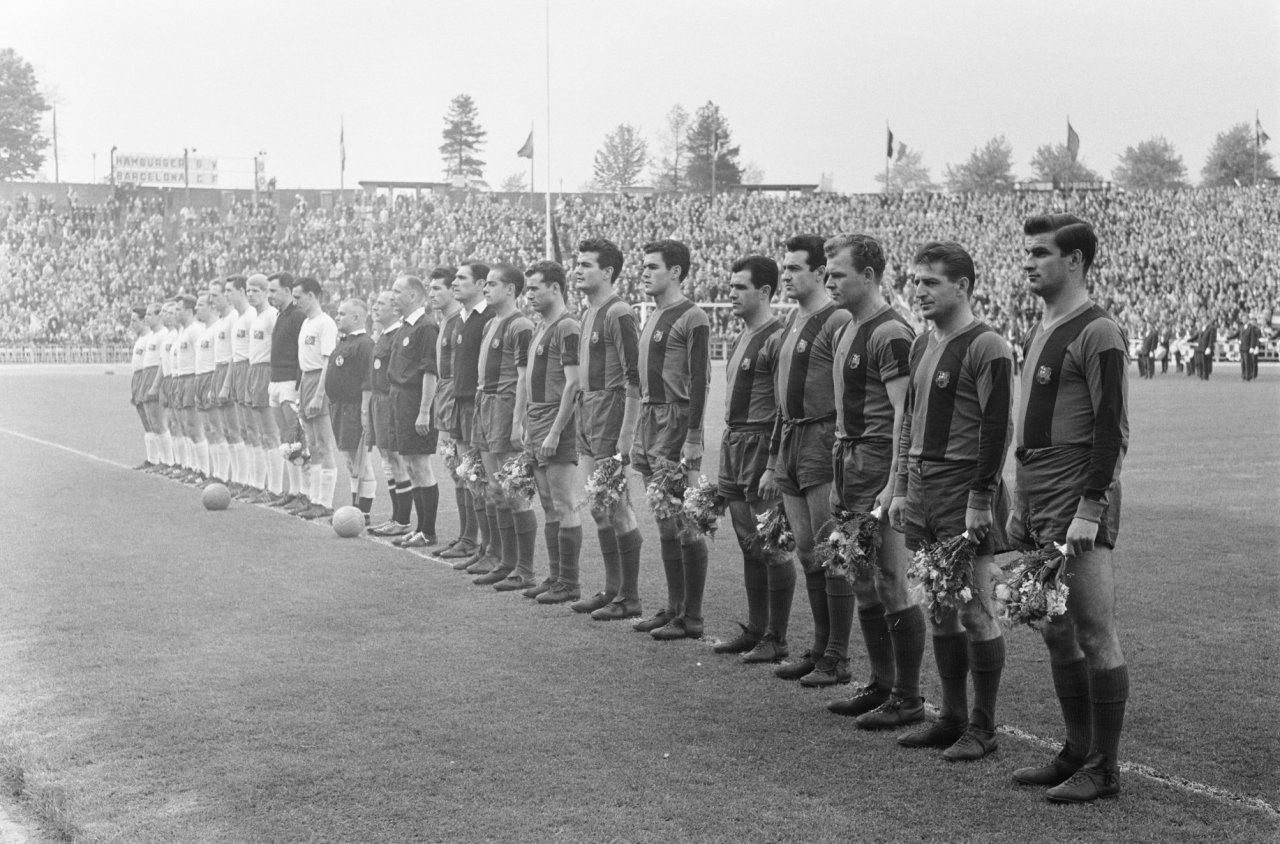 The first historically important fixture between these two was back in 1957. In the stadium of Montjuic, the two would face off in the Copa del Generalísmo (Now known as the Copa del Rey) final; the first and only ever All-Catalan Final in the competition. On 16th June, 1957, the two played out this close fought game in front of some 75,000 spectators. Francisco Sampedro, of FC Barcelona, would score the only goal of the game from close range, in the 80’ minute, as Barcelona won 1-0. Some look back to that day as one that laid the foundations of FCB’s success for the years to come.

Then, many years later, in 2006, the two sides would meet in the Supercopa final. This fixture came about with Barcelona winning La Liga in the 2005/06 season, and Espanyol winning the Copa del Rey against Zaragoza, 4-1 in the same season. This season curtain raiser for the 2006/07 season featured some amazing talent in the Barca side, namely Ronaldinho and a young Lionel Messi. Barcelona and their talented side, were too much of a match for Espanyol, as they won 4-0 over 2 legs, with Giuly scoring in the 1-0 fixture at Espanyol, and Xavi and Deco (x2) scoring in the 3-0 win at the Camp Nou. Watch the second leg highlights below:

However, Espanyol would get their revenge for this later in the same season. In the penultimate game of the season, Barcelona were fighting hard for another La Liga title, level on points with Real Madrid, as they came up against Espanyol at the Camp Nou. The game finished 2-2, with Espanyol cult hero, Raúl Tamudo scoring the equaliser, and his second of the night, in the dying embers of the game. Disbelief surrounded the Camp Nou, as Real Madrid would go onto clinching the title the week after. This, among Espanyol fans, is a fixture known simply as “Tamudazo” in reference to their goal-scoring hero. 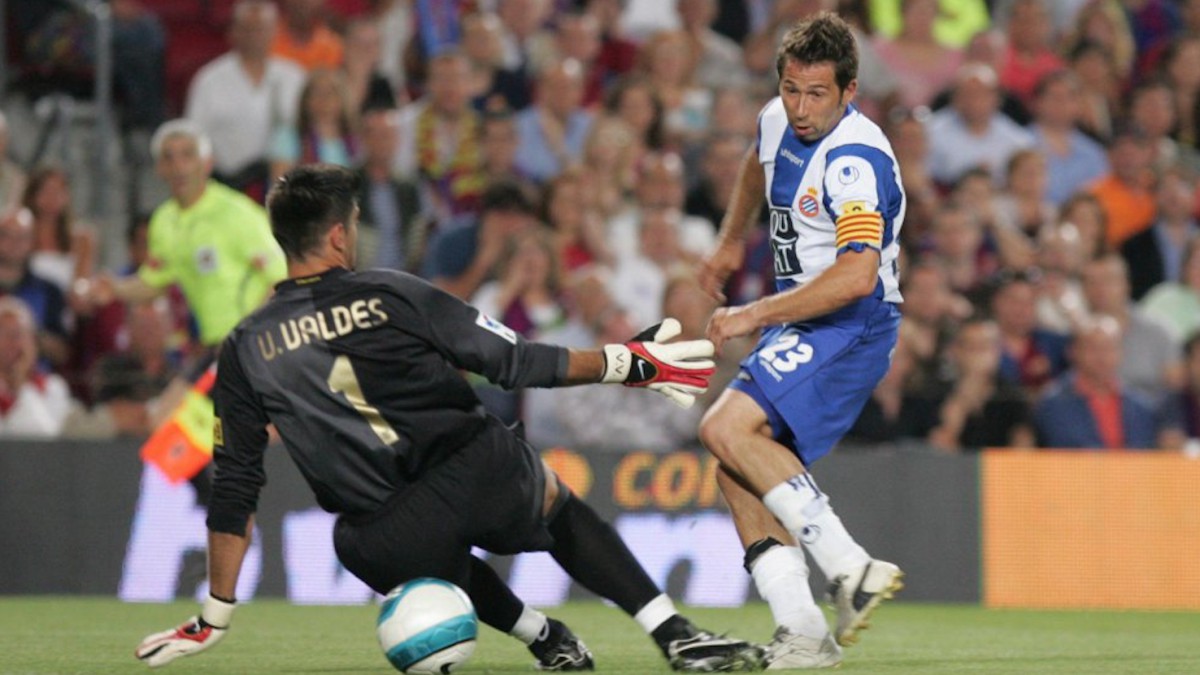 Players to play for both 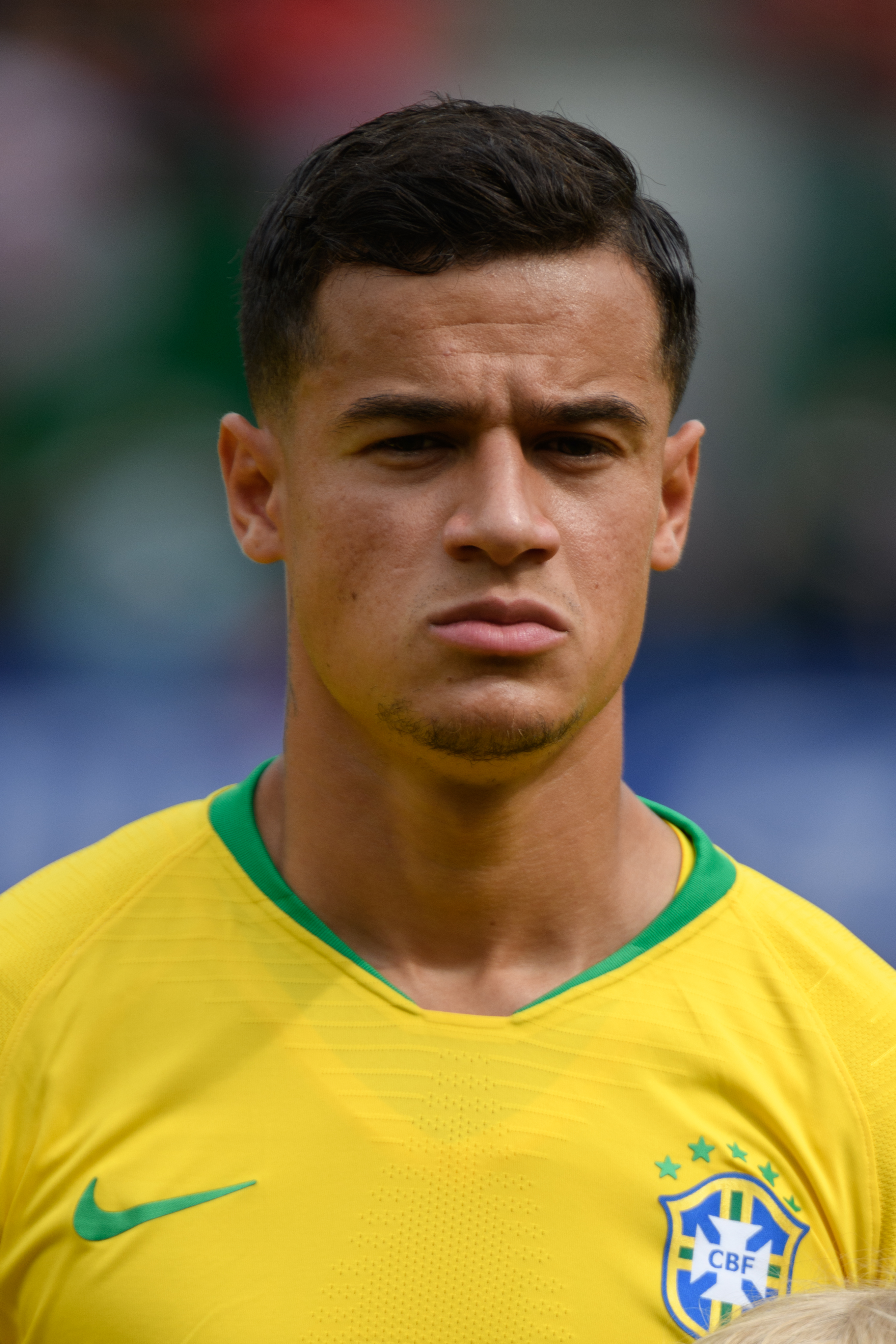 There are some players, who, during their career, took the opportunity to wear the colours of both teams. Something that never really goes down to well in Barcelona! The fans here love loyalty, yet not all footballers abide by this unwritten rule. If you read our article on the history of the Camp Nou, you will be aware of FCB’s iconic Hungarian, László Kubala. He was the first big name to have crossed between the two sides, playing for RCD in the latter part of his career. Jordi Cruyff, son of the legendary Johan, would also play for both, having come up from the Barcelona youth team. As his move to Espanyol was after some time, there was not a great deal of disapproval from the Barcelona faithful. The most modern day example of a player to line up for both sides is Brazilian sensation, Phillipe Coutinho, who joined Espanyol on loan during his time at Inter Milan. Later, after a very successful spell at Liverpool FC, he would join the burgundy and blue side of Barcelona.

The Derbi Barceloní is a much more hotly contested rivalry in female Spanish football– La Primera División de la Liga de Fútbol Femenino, where, in 52 games, Barcelona have won 25 games, to Espanyol’s. Nowadays, FC Barcelona are, like the mens team, are experiencing success and have the best footballers in the world, with Dutch midfielder, Lieke Martens, arguably their best player. Whereas, Espanyol have dropped off the pace and are in need of a turnaround in fortunes. With that being said, in the overall tables, of accumulated points in Primera División de la Liga de Fútbol Femenino, Espanyol sit above Barcelona with 864 points overall, compared to Barcelona’s 847, who sit in 4th, with Athletic Bilbao top of the overall standings, followed by Levante. It is clear to see that the historic clubs of FC Barcelona and Espanyol have ensured the Derbi Barceloní will remain an important rivalry for years to come. 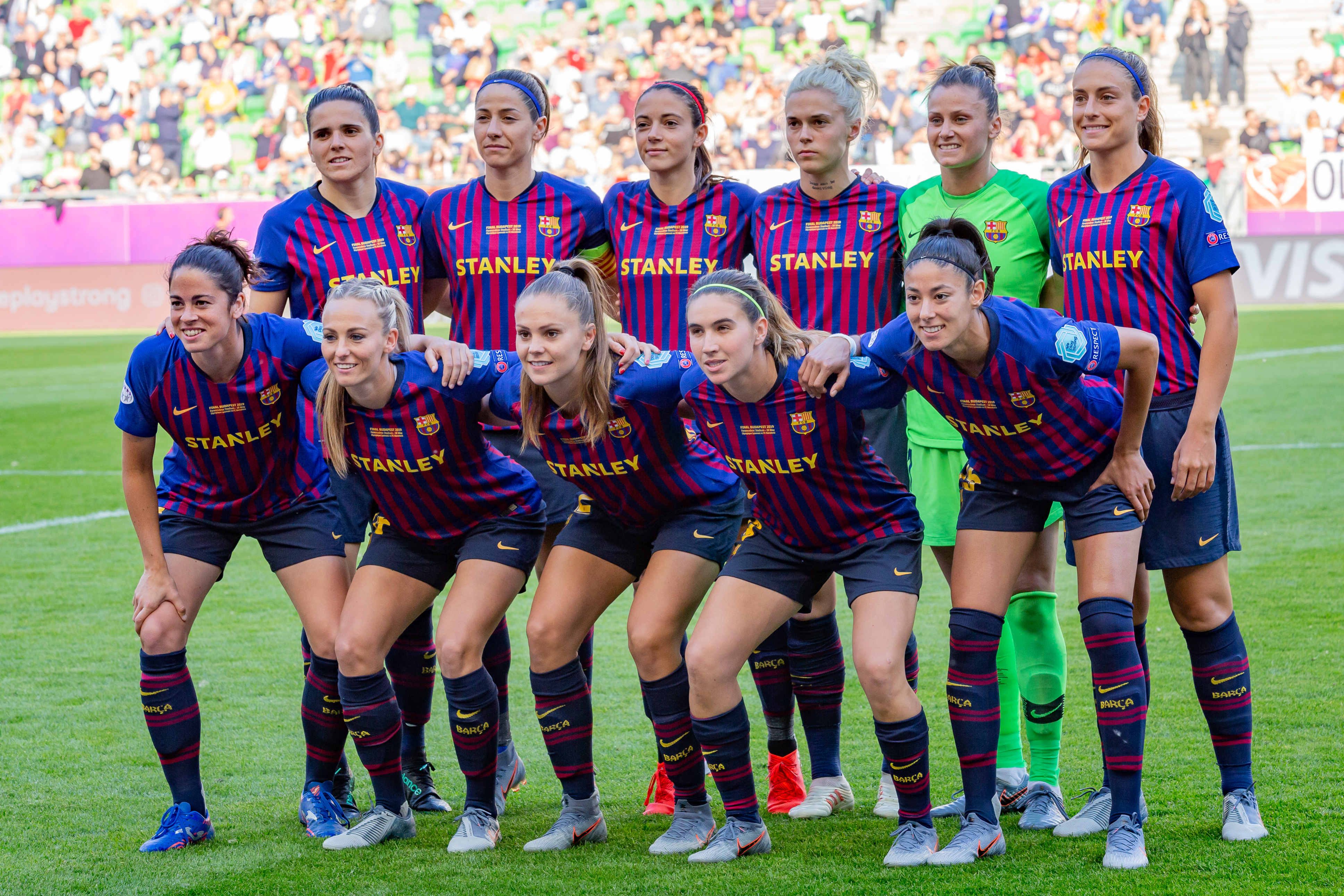 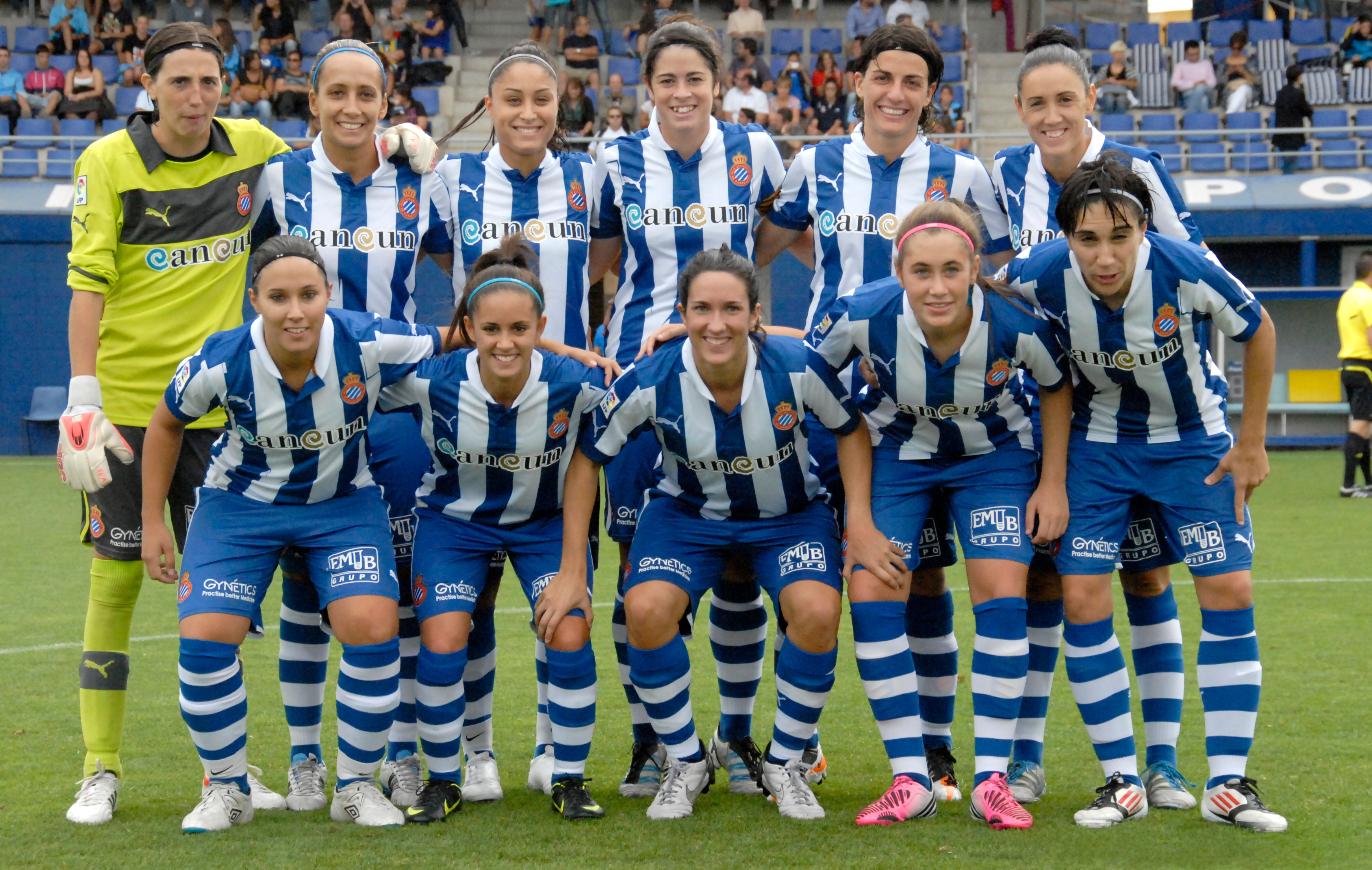