In light of the current situation that the world finds itself, there is a need for sensibility and responsibility, as the COVID-19 virus has halted travel plans for the foreseeable future. The most important thing for everyone now is to respect the measures in place and prioritize health and well-being.

That is not to say that we should not have anything to look forward to for when normality resumes in the future. Therefore, we would like to give you the chance to learn about the history behind the Camp Nou, home to FC Barcelona. In the meantime, we are hoping for good health to all and hope this blog can take your mind off things. 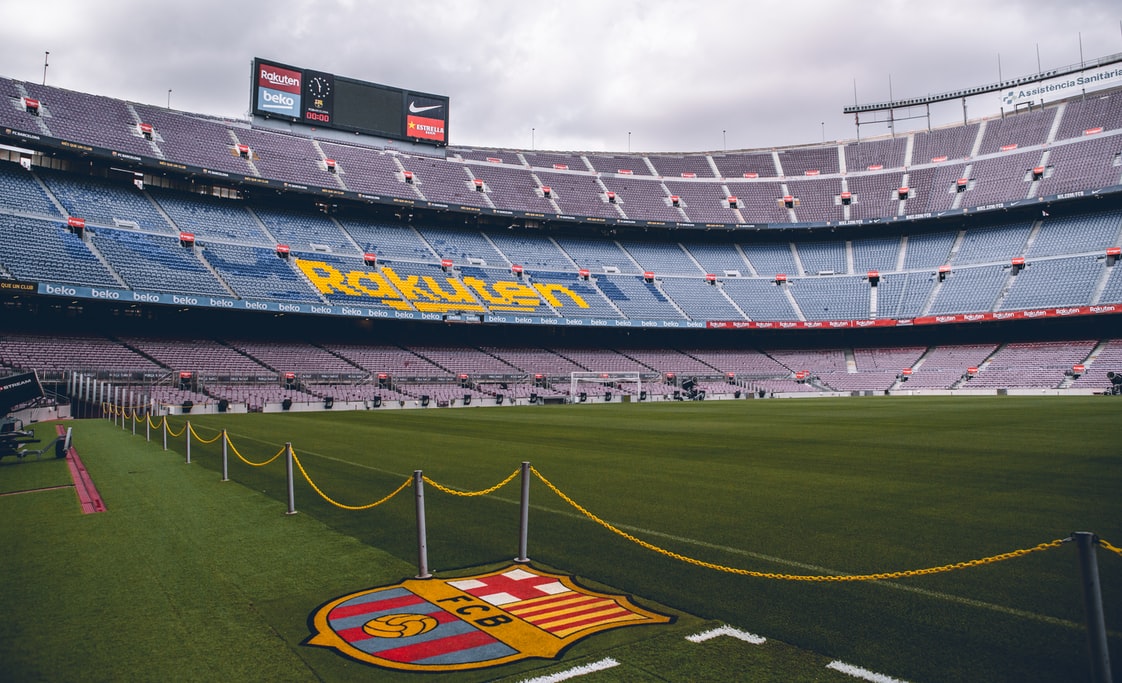 FC Barcelona are a globally known team and, arguably, the greatest football club of all time. With a history rich with success, this club has earned its current status on its own merit. However, like most projects, to enhance growth and development, there is often a call to move and expand in order to take the next step. This is something that FCB had to do, back in the 1950’s, by leaving their former home of Camp de Les Corts. Then, in 1957 they found a new home, also in Les Corts; the Camp Nou. The rest, as they say, is history. But we think it’s time to delve into that history. 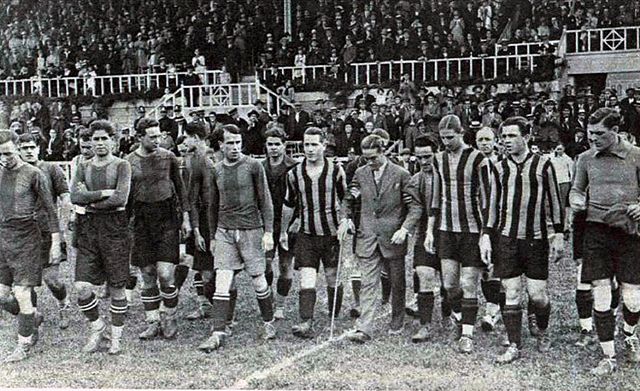 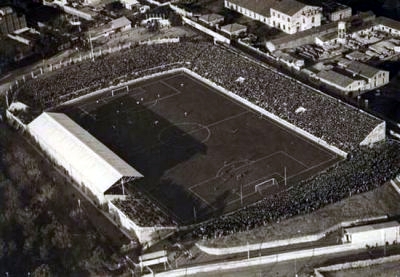 Built in 1922, the Camp de Les Corts was a purpose-built stadium for FC Barcelona, replacing Camp de la Indústria. This was initially done to expand the capacity from 6,000 to an initial 22,000. It was a successful move and the stadium even hosted international and cup final fixtures. At this time, there was only one league, the Campionat de Catalunya, which was usually won by FC Barcelona under their English coach, Jack Greenwell, during the 1920s. Then, when La Liga was made in 1929, Camp de Les Corts would see Barcelona crowned as the first winners. The club’s success saw a sudden and steep rise in attendances, leading to several expansions of the stadium and more signings being made on the back of this new income.

In June 1950, Hungarian footballer László Kubala joined and took La Liga by storm. His performances entertained the thousands of fans in the stands and the club’s hierarchy decided to build a new home in the same area of Les Corts, The club’s relationship with this neighbourhood would develop into a marriage. Opening in 1957 as ‘Estadi del FC Barcelona’ until being officially changed by popular demand to Camp Nou “Our pitch” in 2001, the honeymoon period had only just begun.

Star player László Kubala would become the first Barcelona icon to grace the Camp Nou, scoring an incredible amount of goals before departing in 1961 with figures of 131 goals in 186 appearances. The club’s success would continue to grow and the importance of this stadium would see it rewarded with the 1972 European Cup Winners’ Cup final, with Rangers beating Dynamo Moscow 3-2 in a thrilling match that many would point to as another moment that solidified the Camp Nou’s place in the history books. 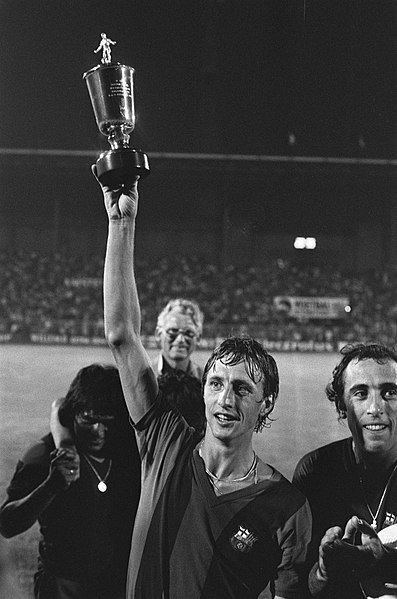 A year after that famous cup final, FC Barcelona would sign the most influential player of its history. Coming from the Netherlands, the Ajax player, Johan Cruyff, signed in 1973 and set the world alite, winning the Ballon d’Or in his first and second season for the club, as well as playing a pivotal part in bringing the La Liga title to the Camp Nou for the first time since 1960. The good times were back.

As for the stadium itself, in 1980 it would have its first major renovation in time to be one of the host stadiums for the 1982 FIFA World Cup in Spain. This saw the introduction of VIP lounges, a new press area and a new third tier that would add 22,150 new seats. The first player to entertain this new capacity would be none other than the Argentine, Diego Maradona, who was the most expensive player at the time. 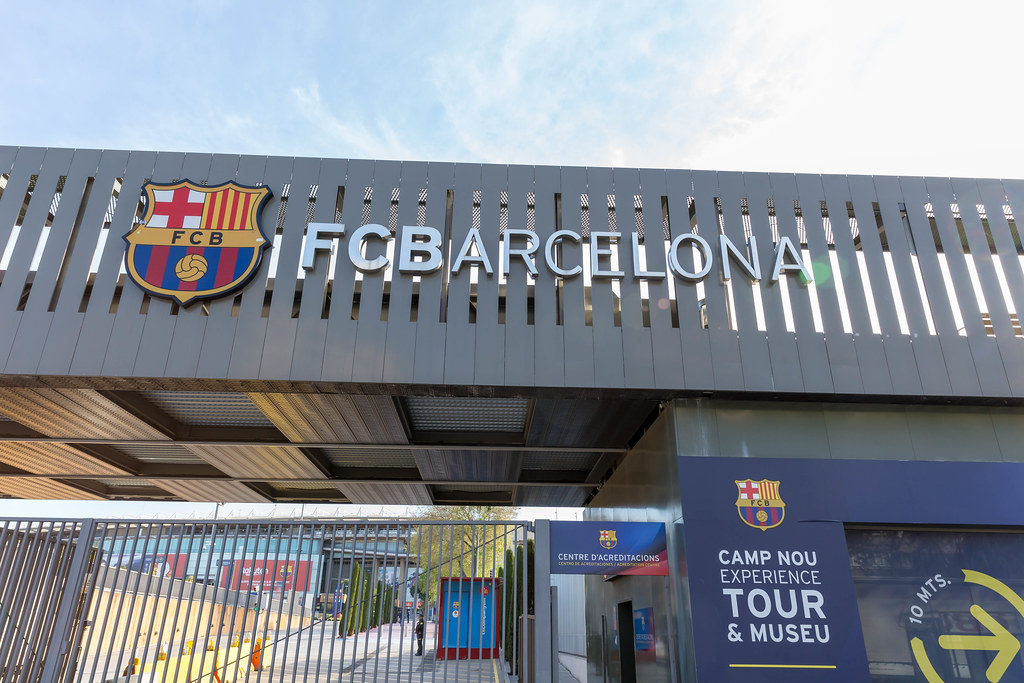 During the 80s the club museum was built and is currently home to a number of La Liga titles, UEFA Champions League trophies and even a few of Leo Messi’s Ballon d’Or trophies (leading the all-time leader-boards with 6). The FC Barcelona club museum still stands today as a way for fans from all over the world to come and admire the rich history of this club. With most of the memories made and celebrated in its home, the Camp Nou. 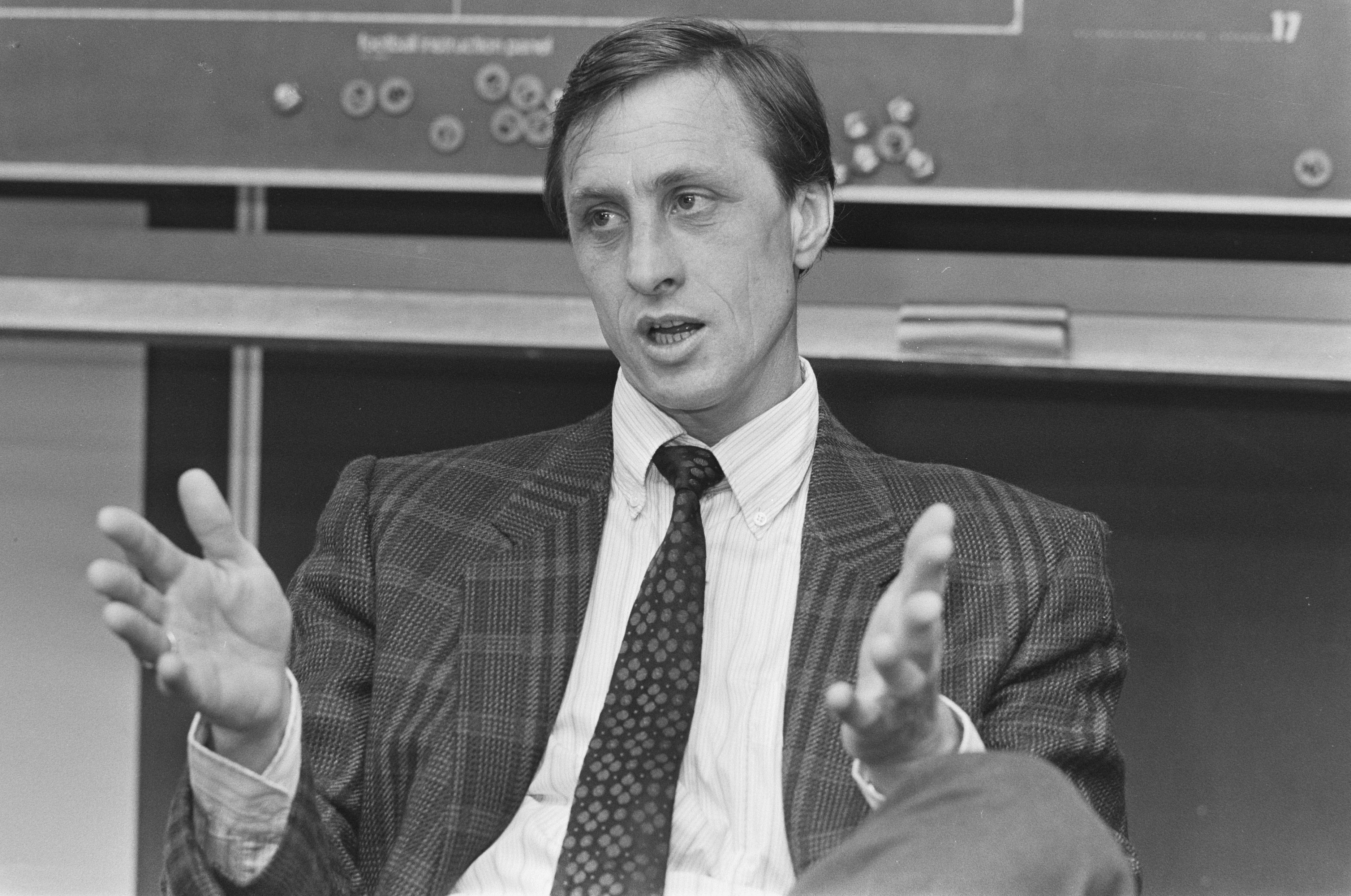 The stadium underwent its next big makeover, in 1993. The pitch was lowered by 2.5 metres, the a security space border around the pitch was removed; getting fans closer to the action, and standing room was eliminated in favour of individual seating. The latter being introduced to adhere to the new law from UEFA, which banned all standing sections by the 1999. This move confirmed the stadium’s capacity, as it would be capped for the first time in its history, at 71,731.

As well as this, there was a renovation of the presidential grandstand and boxes and new parking under the main stand. The 90s saw the FC Barcelona teams of managers Johan Cruyff, followed by Sir Bobby Robson, who would both take charge and win the club a number of domestic and European silverware. With this decade seeing players such as Laudrapp, Koeman, Ronaldo Nazário, and youth prospects like Xavi and Puyol; the future of the Camp Nou would remain showered in success for years to come.

In 2007, the stadium saw its 50th anniversary celebrated with another refurbishment that was completed in 2008. This saw some 13,500 seats added and gave the Camp Nou the status as the largest stadium in Europe and the third largest in the world. Behind the North Korean 1st of May stadium (114,000) and the Indian Motera stadium (110,000), with a capacity today of 99,354. This period of the Camp Nou story, saw the greatest ever Barcelona side, managed by former player Pep Guardiola (2008-2012) and included some of the greatest footballing talents the world has seen, such as Andres Iniesta, Xavi, Puyol, Thierry Henry, Samuel Eto’o, Gerard Piqué, Yaya Touré, Sergio Busquets and, of course, Lionel Messi. This team saw great success and great players followed, most notably Luis Suarez and Neymar, who would help give the club a period of European dominance that will forever be linked to their home, at the Camp Nou. Especially the treble winning side of 2015. 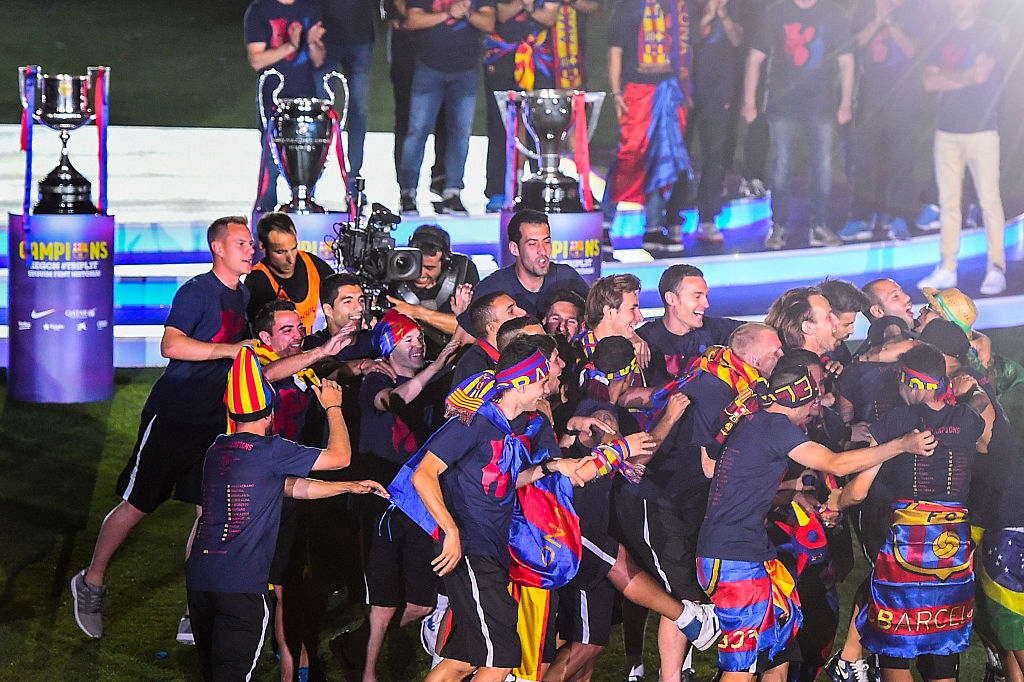 How to visit The Camp Nou Stadium

There is the club museum for you to tour around as well as a stadium tour, giving you the chance to see the legendary changing rooms and a chance to go pitch-side. As well as doing this, we recommend that you experience what this master-piece was built for, to watch FC Barcelona play live, either in La Liga, the UEFA Champions League or a club friendly- which take place throughout the club’s pre-season during summer. Come and see the Camp Nou before its next refurbishment, set to be complete by 2024. This will see the capacity reach a potential 105,000 and will see some great fixtures for the years to come. 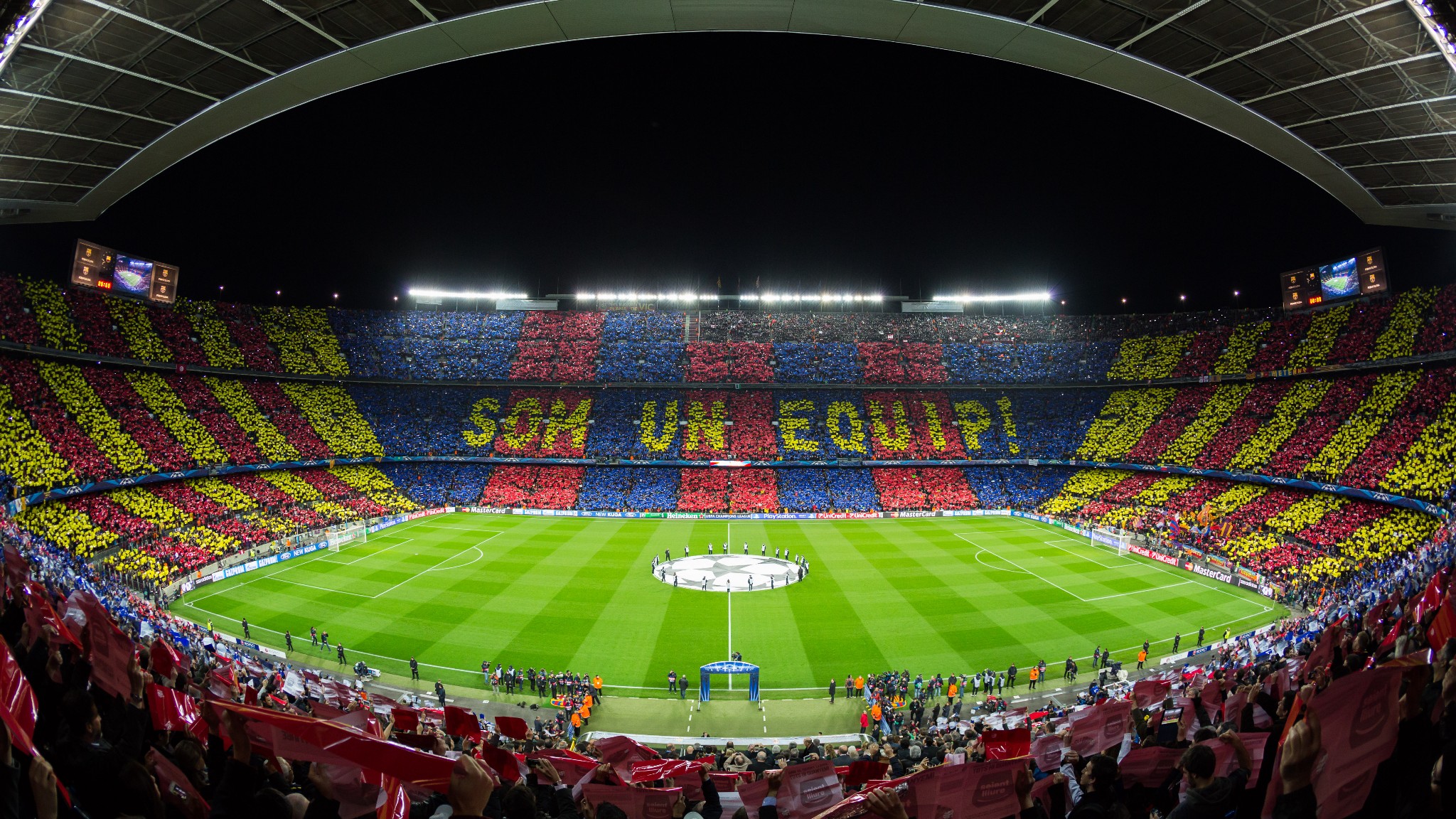