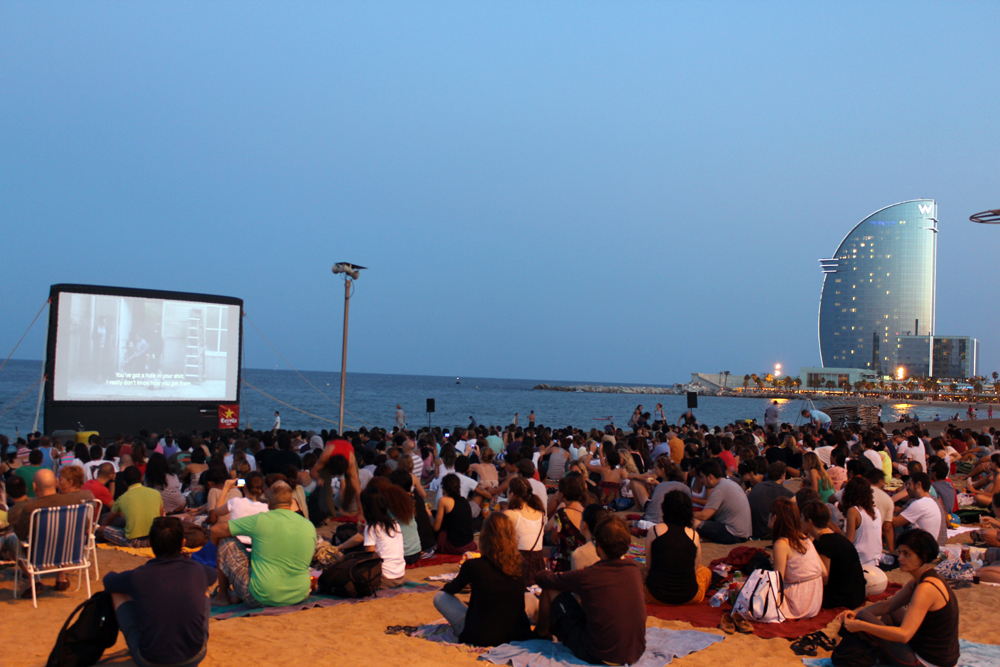 There’s nothing more magical than a good film under the stars, and boy is Barcelona an expert in this field. In recent years there has been an explosion of outdoor films being screened in amazing locations right across the city. With a great variety of screenings from classic blockbusters to contemporary films there’s something for everyone. From Barceloneta to the castle of Montjuïc, enjoy a film in one of Barcelona’s coolest locations. So get your picnic blankets and your popcorn ready. It’s time to head to the outdoor cinema… 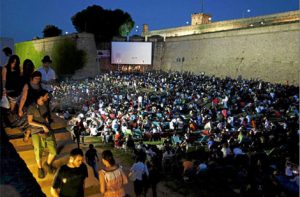 Atop of one of Barcelona’s most iconic attractions, you will find the sala de Montjuïc. This summer film festival celebrates a great collection of cinema from classics to today’s Oscar winners like La La Land. The incredible backdrop is amplified by the setting sun and beauty of the castle itself. You can also expect to hear some amazing music performances by live bands and grab a bite to eat from one of the food stalls. Tickets start from 6€ and doors open just after 8pm. See the full programme here 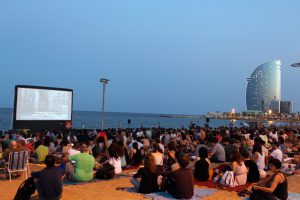 Imagine, being able to swim and sunbathe at the cinema? Well this is very possible during the summer in Barcelona. Welcome to Cinema Lliure where you can catch a film with the backdrop the Mediterranean. Swap the cinema seat for sand, grab a drink and sit back and enjoy a film. Unlike Montjüic, expect to see something a little more alternative here, with independent films being showcased. So for all you indie cinema lovers out there, this is the place to head. See the full programme here

When: begins 29th of June 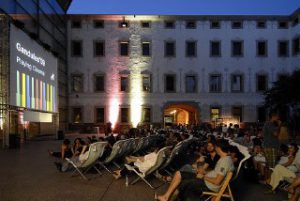 Set between the magnificent museum buildings you will find the CCCB museum’s movie event. As would be expected being affiliated with the artistic institution, Centre de Cultura Contemporània de Barcelona, films here are normally fairly unique. Each year the films being played follow a different theme, this year being no exception, with love being the subject. And if that wasn’t enough you can expect to see all of these amazing films for free! Find out everything you need to know about the screenings here