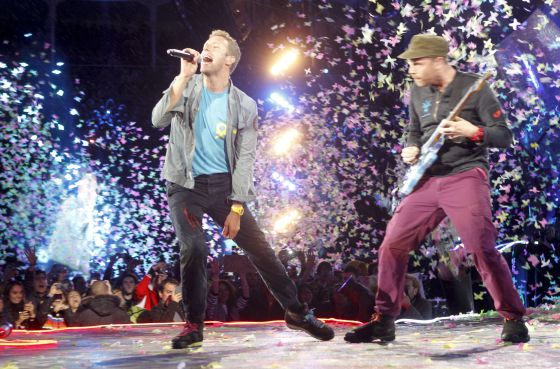 If there’s one thing you can always rely on with Barcelona, it’s the city’s ability to have a spectacular line up of live music events and concerts all year round – and 2016 is no different. This year, some of the biggest A-listers in the music industry, top-of-the-line DJs and local upcoming artists will be making Barcelona a top stop in their touring agenda thanks to its fantastic music venues and excitable crowds.

With so many fabulous artists making an appearance in the Catalan capital in 2016, we’ve selected the best from an assortment of music genres to give you a memorable and unforgettable experience during your stay in Barcelona. What’s more, we’ve even arranged them in chronological order to make organising your trip that extra bit easier for you!

Experience two fantastic musicians who combine passion, incredible talent and power with the best of flamenco and Spanish guitar. Taking place in one of Barcelona’s most beautiful churches, the Santa María del Pi, classical guitarist Ekaterina Záytseva, will be performing alongside one of the most praised female flamenco soloists on the Spanish music scene, Marta Robles, to create a truly magnificent musical combo. Záytseva is nationally recognised as a true master of Spanish guitar and an award winning musician, having won ‘Best Interpreter of Andalusian Music’. 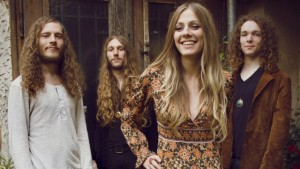 As part of their European tour, this Swedish rock band will be appearing at one of Barcelona’s favourite and most popular music venues, the Sala Apolo. Since forming in 2011, they have released their debut album which includes both their singles, ‘High Class Woman’ and ‘No Hope Left for Me’.

Their sound and style reflects that of 60s blues and 70s rock, so if this sounds like your kind of scene, free up your Friday night as they are only in town for one night! 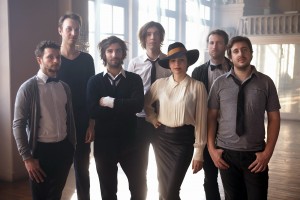 After wowing audiences last year at the Cruïlla festival, Barcelona is welcoming them back with open arms to perform at one of the city’s quirkiest art spaces, Barts. A French electro-swing band based in Paris, this group seems to be getting bigger and bigger both musically and physically, having expanded by more than double its size in terms of members, and is definitely one to watch in the future.

Head on down to Paral·lel and boogie the night away to upbeat tunes that’ll have you tapping your feet and swaying those arms and hips ‘til dawn.

Tip: If you love Caravan Palace, you’ll have a ball at the Primavera Sound festival featuring all things indie and taking place 1-5th June 2016. Alternatively, Sónar, a three-day electronic music festival will be taking over Barcelona from 16th-18th June 2016. 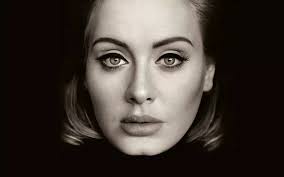 To be in the presence of one of the most powerful women in music truly is an honor and an unmissable opportunity. Her 2016 concert tour promotes her new album ‘25’, which she describes as being a reflection of her life and frame of mind at 25 years old.

The album’s eerily dark lyrics and her remarkable voice conveys her nostalgia and regret over her life as well as her experience with motherhood and is accompanied by exquisite piano playing. Her tour will also feature the hugely successful track ‘Hello’, which has taken the world by storm and mesmerized millions – if not billions – of listeners worldwide in the last few months. 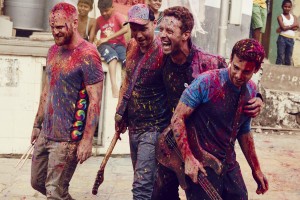 This British rock band prepares to take Barcelona by storm once again with their ‘A Head Full of Dreams Tour’, showcasing material from their latest seventh studio album. Featuring a somewhat alternative style and sound to their usual music, this album is supposedly something “to shuffle your feet to” according to lead singer Chris Martin – just what you want at a concert!

Various songs on the album include collaborations with other legendary artists including Beyoncé, Noel Gallagher and Tove Lo, so fingers crossed for a surprise appearance! 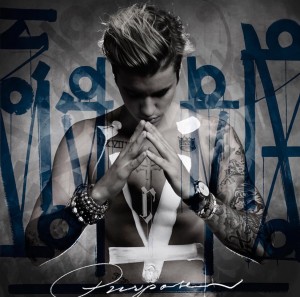 Beliebers across the world will flock to see this superstar heartthrob in his first world tour in three years in 2016. In support of his of his new album ‘Purpose’, released late last year, Justin Bieber will take to the stage in Barcelona and send millions of his craziest fans into a frenzy with all his latest chart topping hits from ‘What Do You Mean?’ to ‘Sorry’.

Prepare yourself for a truly incredible spectacle where you can expect polished dance routines and if you’re lucky, a bare chested Bieber (a girl can dream). Parents, prepare to have your eardrums burst with tweenagers ecstatically screaming with ‘Biebermania’- don’t say we didn’t warn you!

If you’re not looking to fork out the big bucks and a quiet drink whilst listening to live music is more up your street, there are plenty of live music bars in Barcelona. Low key gigs often take place at Jazzsí, Michael Collins and Robadors 23 where you can enjoy great performances by unknown musicians.