Barcelona would not quite be the same without the incredible works and architectural landmarks of Antoni Gaudí. For many, it’s difficult to imagine this remarkable city without images of Sagrada Familia, Park Güell, and Casa Batlló instantly coming to mind. While all of these landmarks are truly breathtaking and definite must sees, if you are looking for some “off the beaten track” Gaudí and don’t feel like waiting in as many lines, follow this guide and be astonished in the most unexpected places. 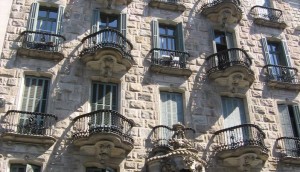 One of Gaudí’s earliest buildings and considered one of his “more conservative,” works, Casa Calvet is truly a hidden gem tucked away in a side street with other apartment complexes. With baroque Catalan style and stones from Montjuïc, this building is truly something out of a fairy tale. take a look at the Casa Calvet then head inside for mouth-watering cuisines and architecture that will take you back in time. 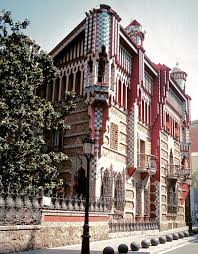 If you’re looking for something far less conservative, head into the tranquil neighbourhood of Gràcia for a building that you will absolutely not miss. With brightly colored tiles and Oriental tones, this building was Gaudí’s first big commission.

This incredibly unique home was created for Manuel Vicens Montaner who was conveniently a tile manufacturer. This access to tiles along with the natural elements, such as French Marigolds, combined into a masterpiece which is tucked into a very residential area. Enjoy the view while children are let out of school and dogs are being walked in the park nearby. 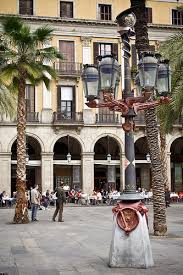 Yes, Gaudí’s work is so impressive that it’s worth visiting even his lamp posts, created early in his career. While many may pass by these posts and not even notice as they take in the Gothic Quarter, they are absolutely worth spending a few moments to appreciate.

While these posts came before his more famous pieces were constructed, they perfectly show his creative mind with the use of color and symbolic elements, such as the shield of Barcelona. Whether it’s night or day, enjoy these lamp posts up close in the picturesque Plaça Reial. 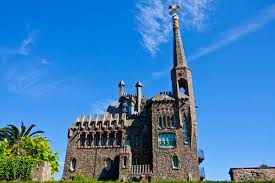 Now that you have enjoyed Gaudí’s works tucked away in residential streets and popular quarters, it’s time to experience his work in a completely new way.

The Bellesguard house, built by Gaudí in the early 1900s, is a fantastic example of his creativity. However, it is very much so off the beaten track. The Guillera family has owned this beauty since 1944 and has been kind enough to open their home up to the public so that they can also enjoy all of the detail and work put into this building. Take a tour inside or stroll the enchanting gardens surrounding the home and enjoy in peace, away from the city centre. 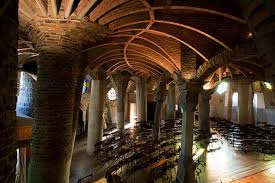 Exploding with history and culture, this Gaudí masterpiece in Barcelona includes houses, recreational facilities, a school, church, and Güell’s textile factory, which was also home to the workers. This entire colony was put in the hands of Gaudí by Güell in attempts to create a comfortable industrial village. Make the trip to this final hidden gem and take your time appreciating every little detail to this massive project.

Kitty McGurk is a journalism and marketing student from the Midwest of the United States currently contributing to the AB Apartment Barcelona blog. Her favorite things are embracing new cultures, traveling and, well, life in Barcelona!