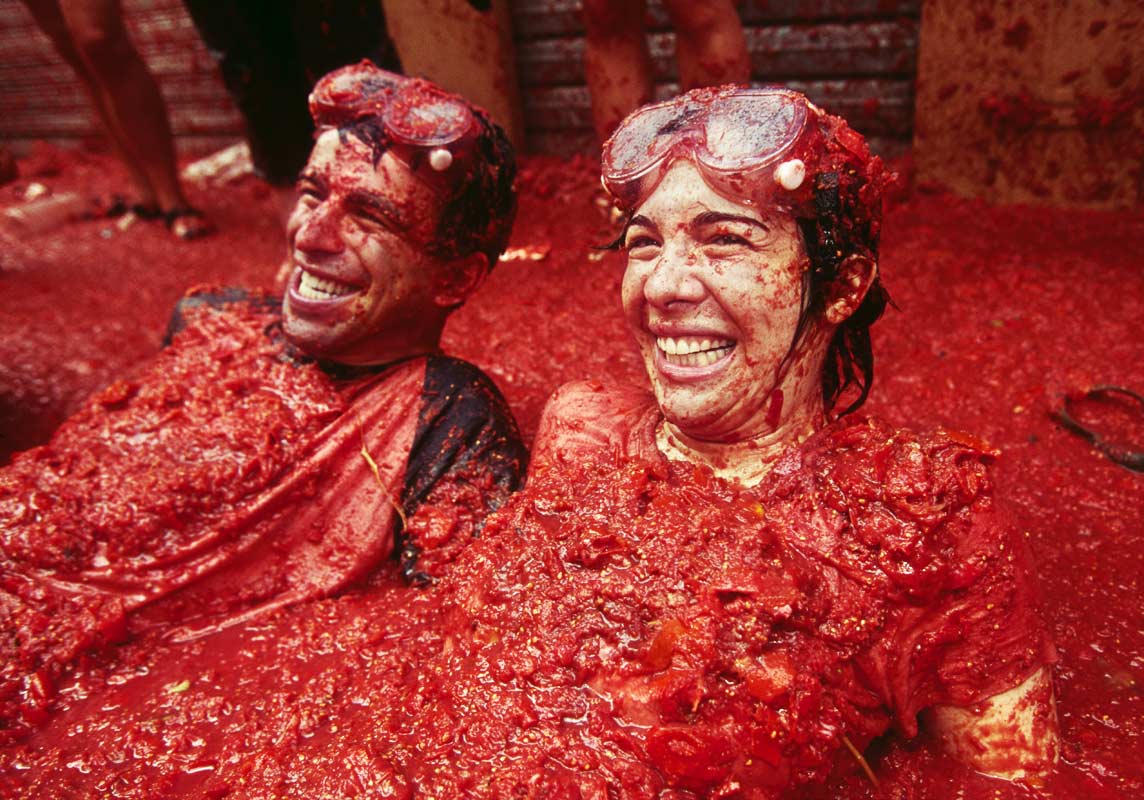 Barcelona is home to some of the biggest and best festivals in Spain, including La Mercè in September and the Gràcia festival in August, but if you’re looking to explore traditions across the rest of the country, then these wonderfully wacky Spanish fiestas make for the perfect day or weekend trip from Barcelona.

1. San Fermín – Running of the Bulls 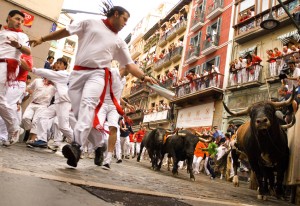 The San Fermín festival is held every year in the city of Pamplona near Bilbao. The most famous event during the 8 day festival is the running of the bulls (encierro in Spanish) at which people run through the streets in front of a small group of male cattle. The first run is held on July 7th and is followed by one each morning of the festival at 8am.  Although other cities, including cities in Mexico, hold their own running of the bulls, there’s no place like Pamplona to experience this eccentric event. But be careful – it is as dangerous as it looks! 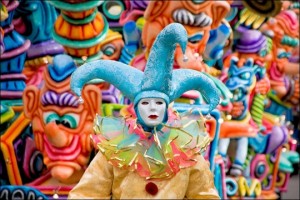 When: Mid-February
Where: Sitges, Barcelona

Taking place in late February, in the week leading up to Lent, the Sitges Carnival is famous for its colourful parades, costumes, masks and dances. Although ‘Carnaval’ takes place at many places throughout Spain, Sitges is one of the best locations to catch the carnival and is conveniently located just 30 minutes outside of Barcelona by train, making it the perfect day trip destination. Often likened to the Carnival in Rio de Janeiro, Sitges Carnaval is one of the most flamboyant Spanish festivals.

When: Last Wednesday of August
Where: Buñol, Valencia 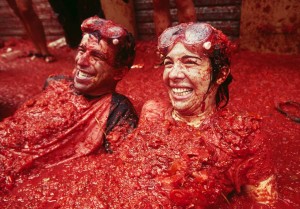 La Tomatina is a tomato fight, purely for fun, held in the streets of Buñol near Valencia. La Tomatina came about in 1945 after a giant figure parade in the town, at which a market stall of vegetables was seized upon by a furious crowd when a boy fell from one of the floats. People then started to throw the stall’s tomatoes at each other. The following year, some people decided to bring their own tomatoes along to the parade and start their own tomato fight. This was soon stopped by police and was banned several times before becoming an organised tomato-throwing festival in 1975. If you’ve ever fancied pelting some of your friends with a few tomatoes, La Tomatina is the perfect place to do it! 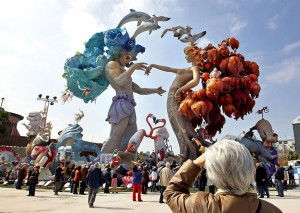 This festival sees each neighbourhood of Valencia prepare their own giant puppet, which is later set on fire at a bonfire-style celebration in commemoration of Saint Joseph. Fundraising for the event takes place year round with parties and dinners often featuring paella, a speciality in the Valencia region. At midday, each falla (giant puppet) has its own fireworks display with music, and even more fireworks and street celebrations can be witnessed throughout the night into the early hours of the morning. In fact, throughout the event there will be over 370 full-sized fallas on display across Valencia! 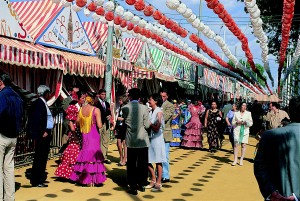 When: April
Where: Sevilla

One of the biggest festivals in Spain, this spring fair takes place two weeks after Semana Santa and celebrates the very best of Andalusian culture. Along the riverbank there are many tents where you can expect masses of food, drink, music and dancing – the ultimate Spanish fiesta combination! The fair starts at midnight on Monday with a parade of carriages and riders through the city, and ends on the Sunday of the same week with spectacular fireworks along the river. Look out for the colourful fairground, traditional tapas dishes and local folk dances. 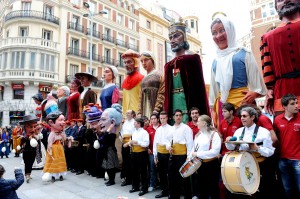 When: Mid-May
Where: Madrid

San Isidro, a public holiday in Madrid, is named after the city’s patron saint and takes place on May 15th. The fiesta de San Isidro is the biggest festival in the city and is officially launched with a procession of giants and cabezudos (big-heads). Throughout the fiesta you can catch live music and dancing everywhere, including traditional flamenco dancing, until the festival is closed by cooking an enormous Cocido Madrileño – a traditional stew from Madrid. 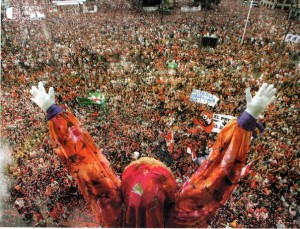 When: Mid-August
Where. Bilbao

Aste Nagusia is the biggest festival in Northern Spain, also known as the Great Week of Bilbao, and begins on the first Sunday after August 15th at which a txupinazo (rocket) is shot in to the sky and the festival’s mascot (Marijaia) makes an appearance on the balcony of the Arriaga Theatre. The festival lasts for 9 days and celebrates the very best of Basque culture, featuring wood chopping, stone carrying, giant parades and of course great food and drinks! One of the highlights of this festival is the firework shows taking place every night from 10:30pm.

Fancy sticking around for some of the best festivals in Barcelona?