Barcelona is a hugely passionate city, and its love for sport is no exception to this!

Home to footballing giants FC Barcelona as well as many other notable clubs, Barcelona offers plenty to experience for sports fans. As the host of the Summer Olympic Games in 1992, you can experience the Olympic magic of Barcelona that has shaped the city into the one we know and love today.

Whether you want to take a step back in time to learn some sporting history, or to jump headfirst into the present and watch some of the world’s best sports people play, we’ve got you covered. Here are a few of our favourite activities to do that we’d recommend to any sports fan that comes to Barcelona:

For any football fan, a trip to the Camp Nou is an unforgettable experience. Home to the world-renowned footballing giants, FC Barcelona, the stadium has been a landmark in the city since its establishment in 1957. We recommend a tour of the stadium and museum on the “Camp Nou Experience”, where you can see the pitch, locker room, and museum of all the club’s trophies. 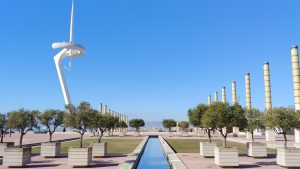 A defining moment in the history of Barcelona was being the host of the Summer Olympic Games in 1992. The Olympic Park is found on Montjuïc Mountain, with structures such as the Palau Sant Jordi, the Telecommunications Tower, and the Lluís Companys Olympic Stadium. The Park is a sight to see, with far reaching views out over the city to admire. What’s more, there is also the Olympic Sport Museum right next door, with a variety of fascinating artefacts from over the years to see.

Throughout the year, La Liga, La Copa, and the Champions League are unmissable opportunities to experience the magic of some of the best football players in the world. 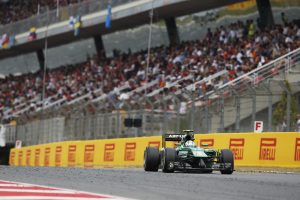 In May, it’s time for one of the most eagerly anticipated motor-racing competitions, the Formula 1 Spanish Grand Prix. The Barcelona-Catalunya race circuit has been the home of the Spanish F1 Grand Prix for 30 years as of 2021! The circuit is in Montmeló, a small town 20 km northeast of Barcelona. The Spanish Grand Prix is one of the oldest races in the world that is still contested, first joining the international calendar back in 1951.

If you’re a running fanatic, you’re bound to have heard of the Barcelona Zurich Marathon! It takes place in March on a 42km route through the city’s iconic streets. Pass by the Gloriès Tower, along the seafront, and through the iconic Passeig de Gràcia as you race to the finish line. 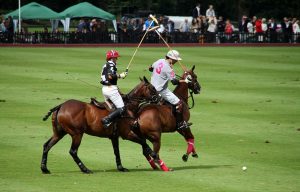 Jump on your saddle for this May-time event, the International Polo Tournament held at the Real Club de Polo de Barcelona. The superb setting makes for a fantastic afternoon out spent enjoying one of the world’s classic sports.

In June, the city hosts a more radical event, the ImaginExtreme. Here some of the most extreme urban sports are held, such as skateboarding, BMX, longboarding, streetboarding and scooters. There’s also the opportunity to practice in a designated open area, and see the experts show off their best tricks.

If you can’t watch a game live, the next best thing is to watch it in a sports bar with an electric atmosphere. Many of the bars in Barcelona will screen the football, particularly when Barça are playing, but not all of them have the set up you want for a big game. 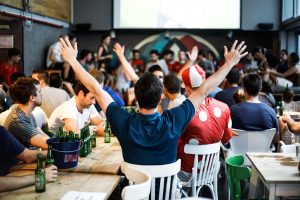 Found just off the Plaça Catalunya, Belushi’s is a sports bar that is most popular with international visitors and students. The bar is open late and is known to host beer pong and foosball games. This is one of the best bars in Barcelona to watch sport, as they have numerous large HD screens and projectors so that you always have the best view of the game. They also serve bar food to fuel your night too! 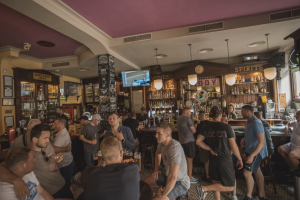 Located just off La Rambla in the Gothic Quarter, Flaherty’s is another go-to for sports fans in the city. The British Premier League is a given to be shown here, but their friendly staff will try their best to accommodate any requests. Aside from the sport, expect some heart-warming pub grub, such as bangers and mash and fish and chips. 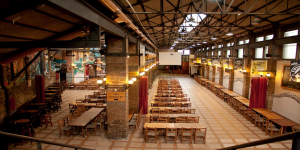 L’Ovella Negra is an enormous Spanish beer hall, which describes itself as a ‘megataverna’ thanks to its huge 2,000 square metre size! It’s found in the beach neighbourhood of Poblenou and is particularly popular with university students. Expect to find bar games and the FC Barcelona games shown here.