Skip to content
Hit enter to search or esc to close
Home  >  Bars, Cafés and Restaurants • Culture • Day Trips • Home • Places • Things To Do • Tourist Guide • Visiting Barcelona  >  All you need to know about Montserrat Abbey in Barcelona 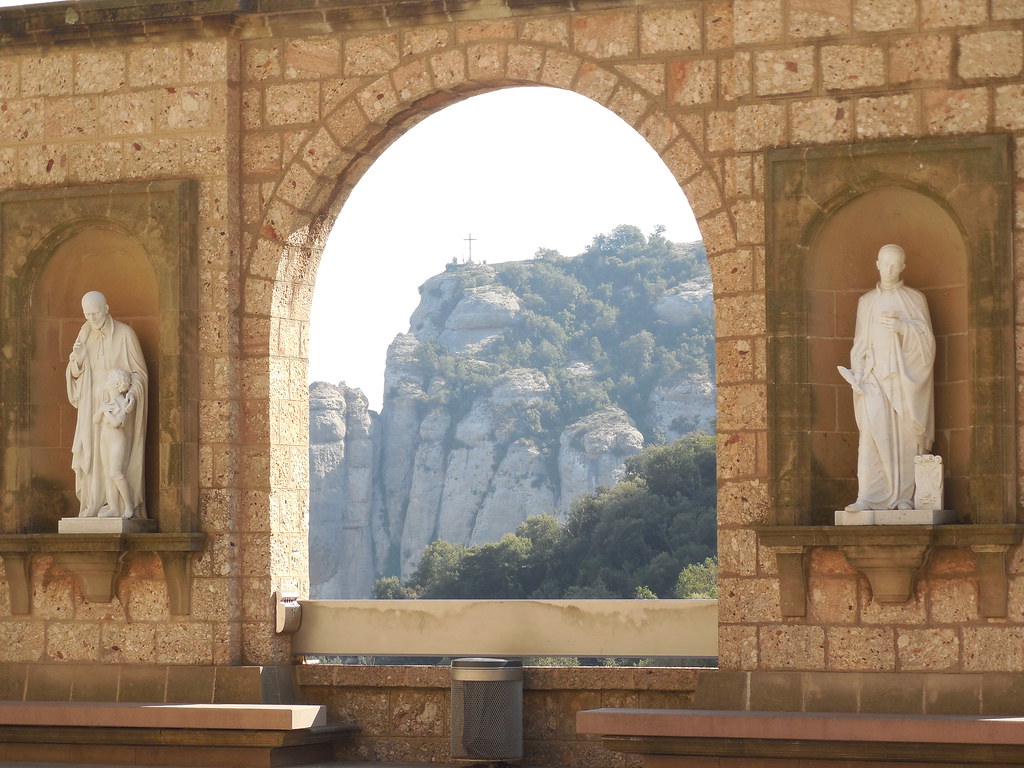 If you have ever been to Barcelona, you will have realised the mountainous regions that surround the city. Just an hour from the centre, hidden among these mountains, you will find Montserrat. A gem of a place that is home to a monastery and incredible views! Accessible by train and cable car, let us show you why this magical place should be on your to do list the next time you visit the Catalan Capital. 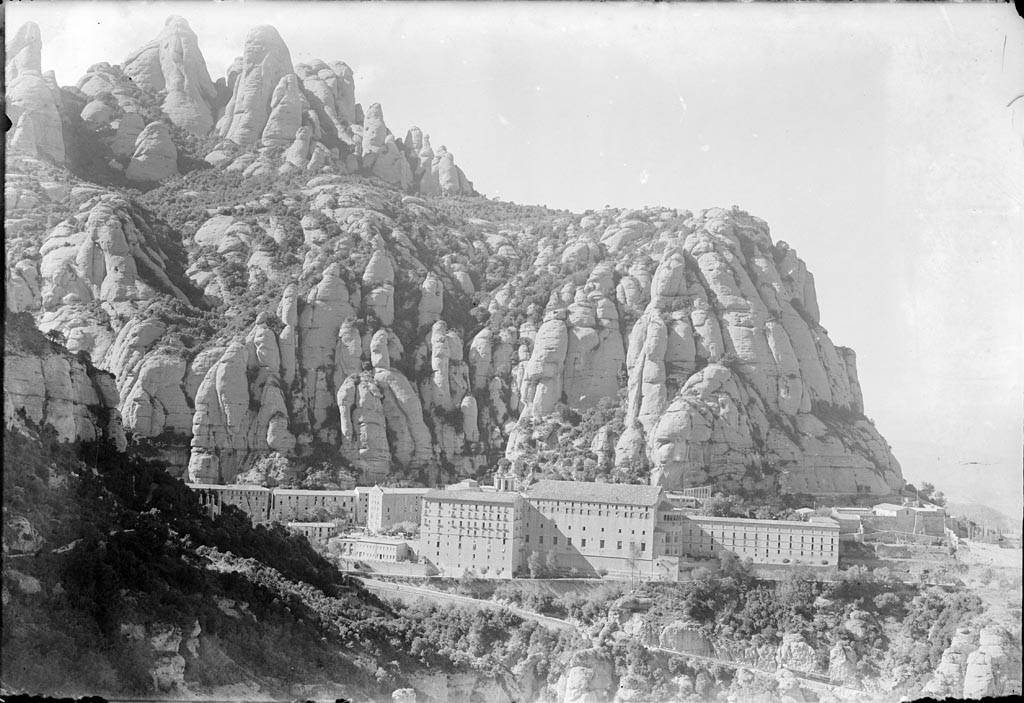 Found in Catalonia, not too far from Barcelona, you can find the mountainous region of Montserrat. The name of this range translates as the Saw Mountains, due to their jagged peaks. Amongst the mountains, there is an abbey tucked away. Named the Santa Maria de Montserrat Abbey, it offers the best views of the surrounding towns and settlements. Founded in the 11th century, it is still functioning and home to around 80 monks.
An interesting fact around the Montserrat mountain range is that it is the namesake of the Caribbean Island, Montserrat, which was named by Christopher Columbus in honour of these holy mountains.

The highest summit of Montserrat is Sant Jeroni and measures 4,055 feet above sea level. It can be accessed by hiking trails that connect you to an essential network; the Sant Joan funicular, the monastery, or the base of the mountain. The hiking trail has served many an avid walker and it a great way to spend a weekend away from the city! In addition to this, there it the Cavall Bernat that measures 3,645 feet is a rock feature that has been popular with climbers for years. Whichever path you choose, you are guaranteed a good workout with a side of breath taking views, how does that sound! 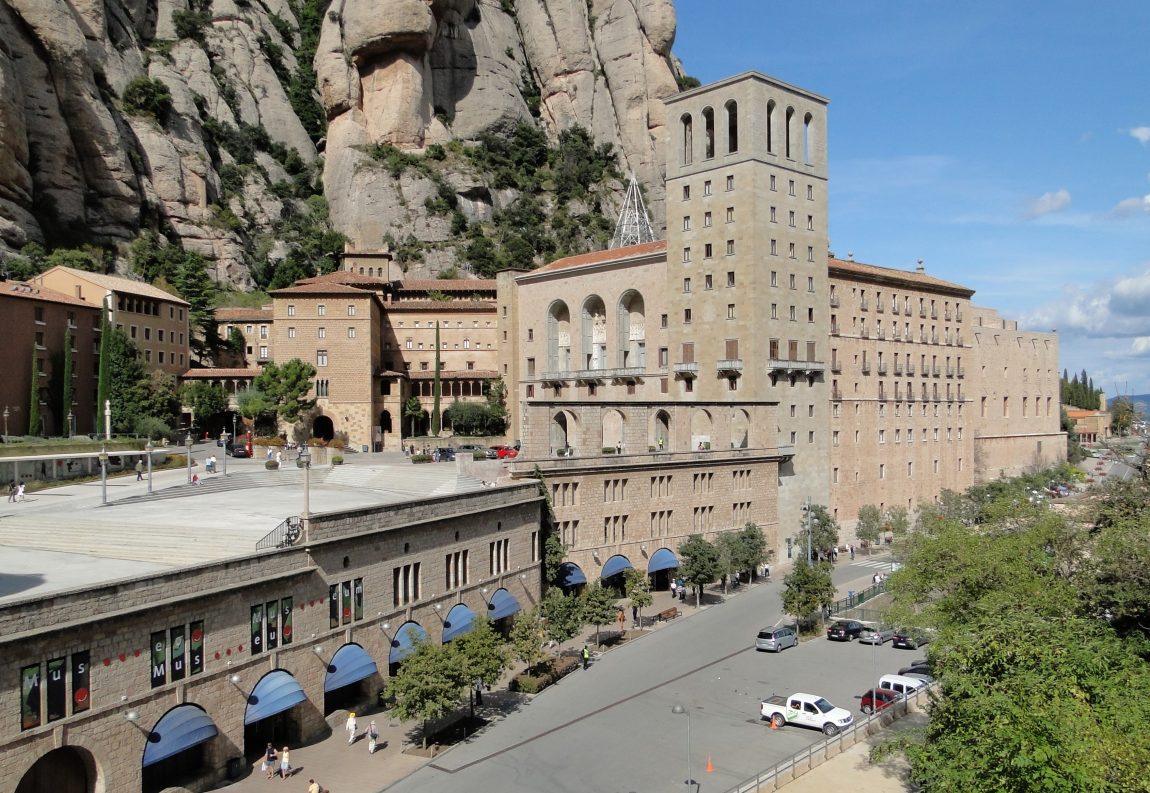 Even though Montserrat is a hotspot for hikers and climbers, it is also a place for worshipers and historians! Here, at the Santa Maria de Montserrat you will find a monastery that dates back to the 11th Century and has around 80 monks living there. At around 2,632 feet above sea level, this monastery offers unbelievable views that you can admire as you look around its grounds.
Here is a basilica that started being made in the 16th century and was later rebuilt in 1811, having been demolished during the Peninsular War between Napoleon and the Spanish Bourbons. In addition to this, after the Spanish Civil War, the facade was remade by Francesc Folguera i Grassi and decorated with sculptures by Joan and was done in homage to the monks who died during the Spanish Civil War. 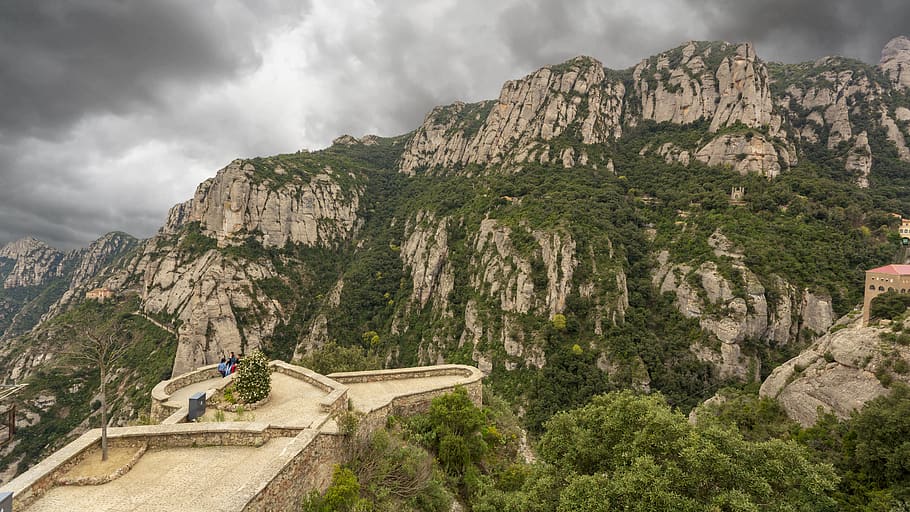 Here, you can also find the iconic Virgin of Montserrat sculpture. This depicts Black Madonna, with child, and is made from gold. The first record of this figure dates back to the late 8th century, when it was moved to Montserrat in order to hide it from a threatening Moorish attack from the south. However it arrived at the abbey, it is a wonderful piece that can be admired in the basilica.
In addition to this, you can see its museum; which has artwork from Dalí and Picasso, among others and its archaeology section that has remnants from Mesopotamia and the Holy land.

What else to see in Montserrat
Montserrat gifts you some of the best views of Catalonia. You can also hike over to Sant Miquel’s Cross for more amazing views of the mountains and a great view of the monastery on the other side. We can´t think of a more ideal place to enjoy a sunset!
In addition to this, you must see The Stairway to Heaven, which is a popular tourist attraction for the photos you can capture.

How to get to Montserrat

Montserrat is accessible by train or bus. There is a way for you, via the Tot Montserrat ticket (link aqui), to purchase a round trip train ticket, entry into the Montserrat museum, and a free buffet lunch at the restaurant of Montserrat. The total cost of the ticket is €53. The full details of what you receive are: 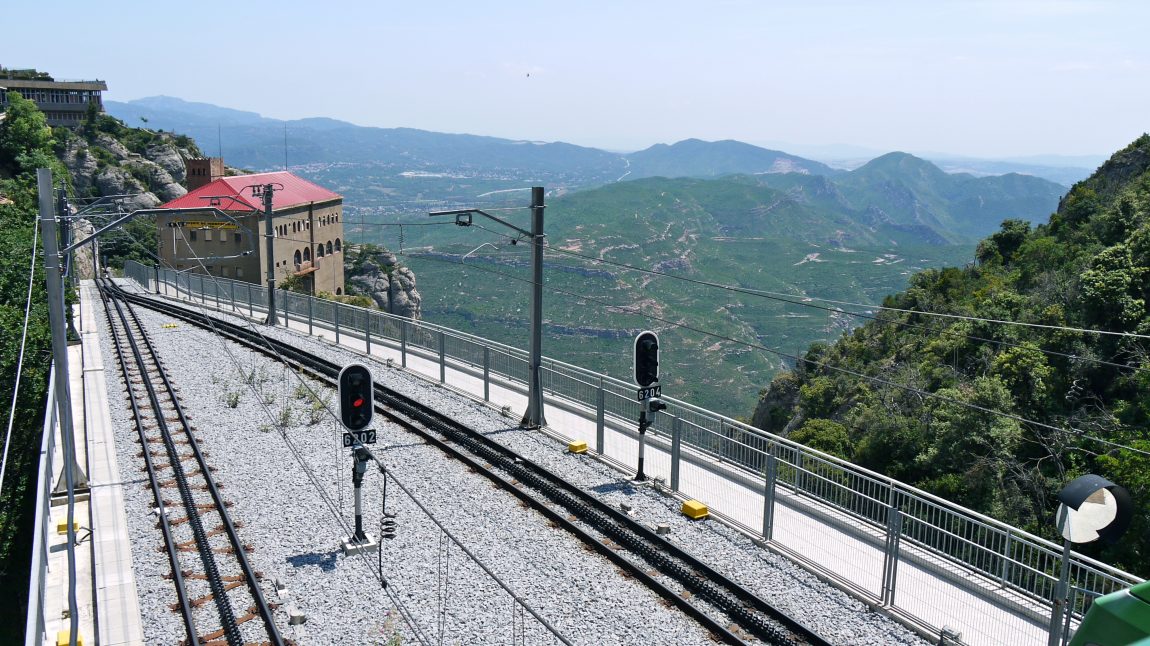 • Round trip on FGC train and the rack railway.
• Admission to the Interactive Exhibition, to inform the thousands of visitors and pilgrims who are interested in learning about Montserrat and its significance.
• A visit to the Museum of Montserrat, where you can see works by Dalí, El Greco, Miró, Picasso, Tàpies, as well as treasures of the Ancient Orient.
• Unlimited use of the Sant Joan Funicular of Montserrat, from where you can see the horizon stretching from the Pyrenees to the sea
• Finally, lunch featuring typical Catalan dishes at the Buffet.

Without the Tot ticket, you can take the Renfe R5 train from Plaça Espanya and then catch the cable car or the funicular to reach the top. You can buy all the tickets you need to get you from A to B from Plaça Espanya for just €22.
You can also pay just €10 to get there by bus. This takes around an hour and thirty minutes. We strongly recommend that you book all tickets to Monsterrat in advance!