Happening only once every four years, the World Cup is quite a big deal, and since it’s just around the corner, you may be wondering where you can watch some of the matches in the Catalan capital. Fear no more, as we have collated a list of some of the top bars where you can enjoy some intense international football this summer in Barcelona! 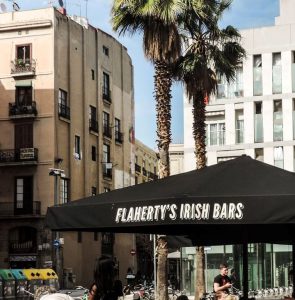 Unsurprisingly, many of the top places to watch the World Cup in Barcelona can be found amongst the city’s collection of Irish bars. Located very centrally just off La Rambla, Flaherty’s Irish Bar makes the perfect meeting point for groups of friends wanting to watch the World Cup in Barcelona. What’s more, their ‘Beer O’clock’ offer, which consists of a bucket of 5 bottles of Estrella Damm for €7.50 between 4pm-8pm, makes the perfect option for those afternoon/evening kick-offs! 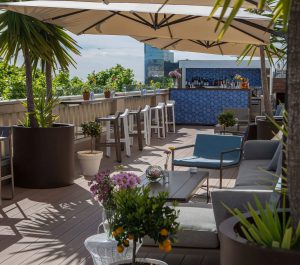 Situated in the beautiful El Born neighbourhood, K+K Hotel Picasso will be offering an alternative way to watch the World Cup, showing a handful of the games on its rooftop terrace, which boasts incredible views of the Barcelona skyline. What’s more, the Rooftop Picasso will also be offering World Cup specials on food and drinks,m so you can enjoy some tasty snacks and a tipple whilst watching the match! For further information, check out the Facebook event. 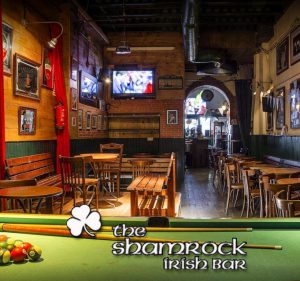 Home to several big screens, Shamrock Irish Bar is another great option in terms of places to watch the World Cup in Barcelona. A favourite bar of many, Shamrock boasts an extensive drinks list with plenty of local and imported beers, and of course, Guinness! Spirits and cocktails are also aplenty at Shamrock as well as an amazing pub grub menu, including fry-ups, burgers, curries, and other bar favourites. 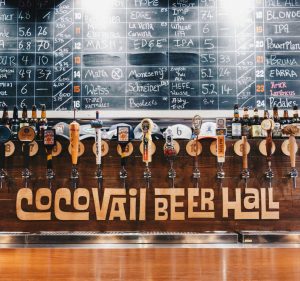 With 24 different craft beers on tap, plenty of big screens and the most amazing chicken wings, CocoVail Beer Hall is the perfect spot to watch the World Cup this summer. Located centrally in Eixample just off Passeig de Grácia, this trendy beer hall is known for screening all different types of sports, ranging from the UK Premier League to the US NFL. This being said, the World Cup is definitely going to be a big deal at CocoVail Beer Hall! 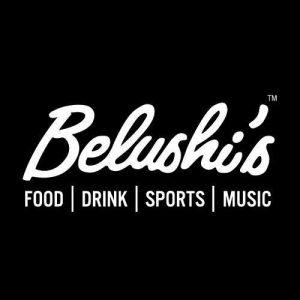 Belushi’s lies right by Plaça de Catalunya, at the top of the famous La Rambla. From 14th June until 15th July, you can catch every World Cup game live on huge HD screens and projectors in this much-loved sports bar. The unique thing about Belushi’s is that they offer the ultimate sports package for large groups for just €20 per person, including a front-row table, 2 buckets of Corona on arrival, a meat feast sharing platter, a bucket of 20 wings, and a round of shots to celebrate (or commiserate) the final score!

For the full list of fixtures for the group phase, check out FIFA’s official website and be sure to keep your eyes peeled for the knockout phase fixtures!