If you’ve already covered everything on your list to see in Barcelona and you’re looking for something a little out of the ordinary, we’ve put together a guide to some forgotten places around Barcelona…places that ooze with history and impressive architecture, and so far from the heavily beaten tourist track that you definitely couldn’t call them mainstream sights. As everybody knows, there are a lot of places to see and things to do in Barcelona but, if maybe you’re staying here for a while and you would like to check out some spots that few people know about, then you’ve come to the right place… 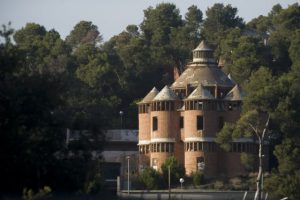 Can Rectoret, in the district of Vallvidrera which borders Sarrià-Sant Gervasi, is one of the few places in Barcelona that even few locals know well. This modernist refurbished pavilion, now privately owned, is the only remaining building of the former antituberculosis sanatoriums built by Joan Rubió i Bellver in 1905. This is the perfect place to go if you want to visit a part of Barcelonan history that none of your friends have discovered before. It may just be a disused building but the panoramic views alone from the road on which it stands are worth a trip. 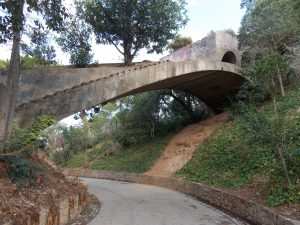 The forgotten funicular of Montjuïc

If you pass by Carrer de la Guardìa Urbana and walk until you reach Palau Nacional de Montjuïc you will find the vestiges of the former funicular for the International Exhibition of 1929, that once was full of life but over the decades has become merely a trace of its former self. The funicular was inaugurated at the end of 1928 and was dismantled after the Exhibition. You can still see the entrance of the disappearing funicular and its old walkway amongst the trees. 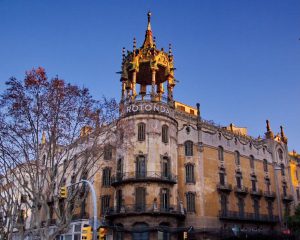 After an investment of 70 million euros, La Rotonda (also known as La Torre Andreu) was restored between 2010-2016 by the real estate company Núñez i Navarro, despite the works having initially been rejected by the neighbours for fear that it would lose its charm and historical elements that truly charaterise La Rotonda. The company acquired the building, of almost 11,000 square metres, in 1999, and the works in the modernist temple and the facade lasted six whole years. The work of the architect Adolf Ruiz i Casamitjana, La Rotonda has become a symbol of the Sarrià-Sant Gervasi neighbourhood in which it lies, and during the first half of the 20th century hosted the Hotel Metropolitan.

As a truly beautiful yet under-rated piece of Catalan architecture, we believe it has rightly earned its part in this list…even if, soon, it will be Nike’s head office in Barcelona. 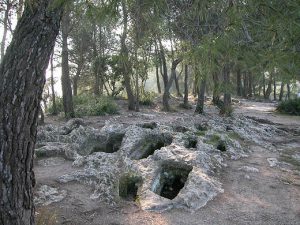 The whole of Olèrdola Castle is one of the great unknown sites of the province of Barcelona. Although it’s a bit of a journey out of the city, it contains great architectural and archaeological jewels worthy of being visited.

One of its most outstanding gems is the Necrópolis del Pla dels Albats, located in an old neighbourhood outside the walls known as the Pla dels Albats. Here, over a hundred magnificently preserved anthropomorphic tombs are dotted around the rocks and small forest that has grown over time. All the tombs are excavated in the stone and most belong to small infants, albats in Catalan. This slightly spooky yet spectacular spot, located in the corner of the Penedés region, its definitely worth a visit. 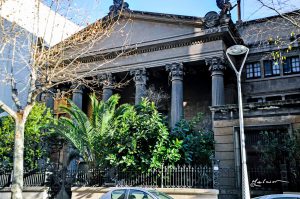 The Taller Masriera is a neoclassical style building located in the Eixample district of Barcelona. It was built in 1882 by Josep Vilaseca i Casanovas as a workshop for the painters and goldsmiths, the brothers José and Francisco Masriera. You may well have walked passed it and not noticed, but make sure you take a visit if you can, it’s amazing what you can find when you know where to look. 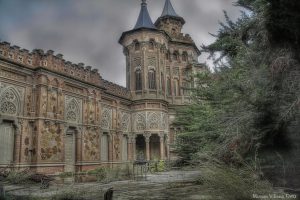 To the north of Barcelona in the small town of Alella lies the Escola Cristiana Abandonada d’Alella (Abandoned Christian School of Alella). In 1890 this school was handed over to the financier Antonio Borrell Folch, who commissioned General Guitart i Lostaló in 1895 to construct the most significant elements of the complex of buildings.

When Folch died in 2001, the building was later adapted to be converted into a luxury hotel but with the economic crisis, the work was never finished and finally the place was abandoned. Over the years it been broken into, raided and graffitied numerous times and has since been acquired by the Town Hall of Alella. Since then free entry is not permitted. 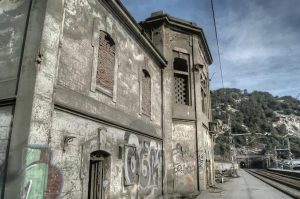 The trains pass fleetingly and disappear through the tunnel. None of them stopping at the old station of Vallcarca, hidden at the foot of a cement factory in the Costa de Garraf, inbetween Barcelona and Tarragona.

At the beginning of the 20th century, the workers of the industrial colony of Vallcarca were the main users of the station but today, that station is merely a corpse that slowly covers itself with cement. Inside you can find many mummified objects, as well as a feeling of not being alone…visit if you dare!

Carmela is an Italian writer living in Barcelona with a talent in the kitchen, a flair for languages and a love of the city. She is a new contributor to Apartment Barcelona, a leading online apartment rental company with over 1000 apartments in and around Barcelona to rent for short and long-term stays.