Barcelona is one of those places where history fills the air. Wherever you look there is some relic from the past, dying to share its secrets with you. And with over 2000 years worth of tales to tell, the city certainly has a lot of stories to get through. From Romans and Medieval seafaring to lavish constructions and the Civil War, you history buffs out there are in for a serious treat in the Catalan capital.

Now, if we went through the entire history of Barcelona, this would be an essay rather than a short article. So here we’ve selected five key points from the city’s long and dramatic history with which to impress your friends during your stay! 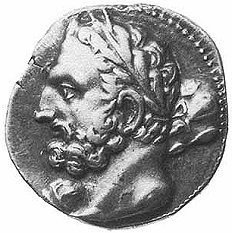 Numerous myths surround the origins of Barcelona, but it is generally thought to date back at least two millennia. Some suggest that the roots of the city are to be found in the legends of Hercules, one of which tells of a lost boat during one of his voyages, boat number nine to be precise (known as Barca Nona), which is said to have washed up on the shores of Barcelona.

Alternatively, some believe that an Iberian village named Barkeno existed over 2000 years ago on the current site of the Ciutat Vella (old town). Other possibilities of Barcelona’s heritage lie within the history of Carthaginian General Hamílcar Barca who supposedly lead a military occupation of 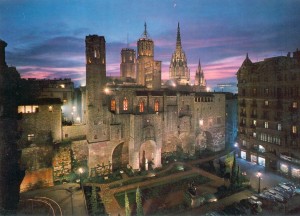 Barcelona in the year 218 BC and whose name subsequently gave rise to the settlement of Barcino. This name seems to have been used for years to come, as it was also employed by the Romans who founded a colony in the area under Emperor Augustus.

Whatever its origin, one thing’s for sure, Barcelona quickly grew in size and stature. By the second century AD the population of Barcelona had risen to 5000 and it had become an important center for the production and exportation of wine. 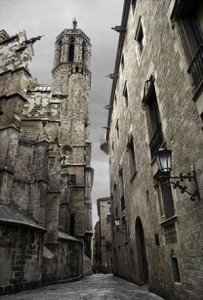 By the Middle Ages, Barcelona had really begun to come into its own. It had become the capital city of Catalonia and was by far the biggest settlement in the area, four times bigger than neighboring Girona, for example. The city was rapidly growing in financial power with an increasingly important trade industry.

During the Medieval Ages, Barcelona held representatives in all the major Mediterranean ports of the time such as Alexandria, Naples and Genova. The city also governed vast territories across the Mediterranean, ranging from Sicily and Sardinia to Athens. As the economy grew, the city grew with it and soon the city had to be expanded beyond its old Roman walls. New neighborhoods began to spring up and in 1260 a new city wall was built stretching from Sant Pere around to Drassanes. Some of original gates can be found at important sites around the city today, such as Portal de l’Ángel and the Boqueria Market. 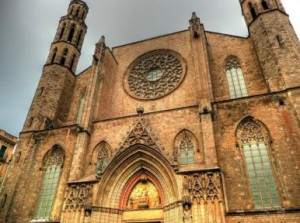 One of the most important and dramatic events of the era was the construction of the Santa María del Mar Church, named after the patron saint of fishermen. The Mediterranean Sea is said to have lapped right up to the district of la Ribera, where the church stands, completely covering what is today the Barceloneta area.

The period is immortalized in Idelfonso Falcones’s novel Cathedral of the Sea, which follows the history of Barcelona during the years of the building of the church (1329-1384) and is a gripping insight into Medieval Catalan culture. Santa María del Mar is one of the best examples of Catalan Gothic architecture in Barcelona. Its dramatic design, both inside and outside, is awe-inspiring and is undoubtedly one of the most unmissable historical highlights of Barcelona.

Ciudatella Park is today one of the most loved locations in Barcelona. It’s beautiful, artistic, peaceful and vibrant all at the same time and a great place to spend a few hours relaxing amongst the locals. Plus, its proximity to the beach and Ciutat Vella means that you don’t have to venture far to enjoy this beautiful green space. However, it hasn’t always been such a pleasant place…

In 1714, at the bitter end of a war that had lasted thirteen months, Catalonia finally fell to the hands of Spain. Barcelona succumbed to the army of Spain’s King Philip V who, in order to keep control of the city and put a stop to any further uprisings, commissioned the construction of a citadel, at the time the largest fortress in all of Europe. 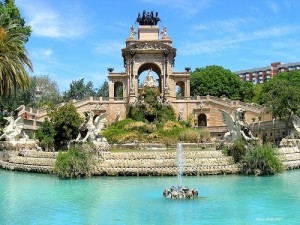 In order to carry out the design, part of the La Ribera neighborhood had to be destroyed. 1200 houses were knocked down leaving 4500 people homeless and to fend for themselves on the streets of Barcelona, although many were eventually re-housed in the Barceloneta neighborhood. Hundreds of Catalans were forced to work on the construction of the fortress and financial backing was also squeezed from the citizens of the city.

In 1848 when Queen Consort María Cristina abdicated, most of the Ciutadella was razed to the ground, much to the joy of the people of Barcelona who saw the building as a symbol of Spanish dominance. In 1879 the Ciutadella began to take its current form as a park and in 1888 was beautifully redesigned for the Universal Exposition, a turning point in the history of Barcelona as it began to convert itself into the avant-garde city we know today.

5. The Deep, Dark Secrets of Montjuïc 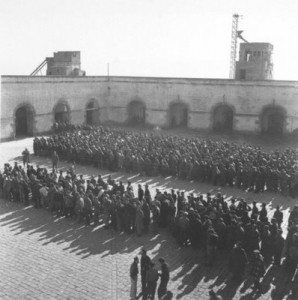 Montjuïc is known as being one of the most spectacular locations in the city, whose role during the 1992 Olympic Games brought much fame and glory to the area. Its history, however, is distinctly darker. The fortress, which dramatically sits at its summit, dates back to 1640 with its current form taking shape between 1779-1799.

Over the years, and particularly during the many times of turmoil in the city, it was home to many dark episodes. It saw various battles, was captured by Napoleon’s troops in 1808, and was even used to bomb Barcelona in 1842 to quell a revolutionary uprising. Later, in the 20th century the castle was used as a prison and during the Civil War it changed hands numerous times 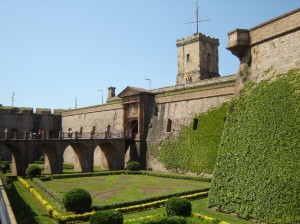 between the Republicans and Nationalists and was the scene of endless atrocities.Between 1936 and 1938, 173 people were killed by firing squad at Montjuïc and the President of the Generalitat de Catalunya, Lluís Companys, was executed here in 1940. Montjuïc Castle served as a military prison right up until 1960 when it was turned into a military museum. Today it is a municipal facility with educational spaces, cultural activities and workshops as well as beautiful gardens. However, the lurking, murky secrets of the city’s past still fill the air ensuring that it is a fascinating place to visit.

So there you have it, a very short introduction to the history of Barcelona, with plenty of facts to keep your party entertained (and impressed). And of course, this is just the beginning so get out there and discover for yourself the endless stories this wonderful city has to tell.