Art lovers, architecture appreciators, history fiends, sport obsessors, and culture vultures, Barcelona is the city for you. With a museum for everyone, whatever their interest, learn about the past, immerse yourself in the present, and step into the future with the best museums in Barcelona. 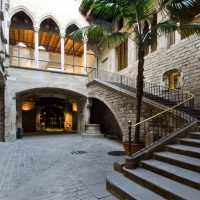 Pablo Picasso is a household name, but did you know that he had a special bond with Barcelona? Throughout his childhood he lived in the city, and at just 14, he signed up at the Barcelona Academy of Fine Arts. After finishing his studies, Picasso made his first steps as a painter of Modern Art, and he remained in the city until his death. The Picasso museum has more than 4300 pieces of art from the period 1890-1957, including two of his biggest works, the First Communion (1896) and Science and Charity (1897).

If you’re interested in Catalan culture, don’t hesitate in taking a trip to Barcelona’s National Museum of Catalan Art, next to Montjuic. The museum is located inside the Palau Nacional building, which was built in 1929 for the World Exhibition. As well as interesting permanent exhibitions of regional art, there are also great temporary exhibitions every month at the museum that shouldn’t be missed. 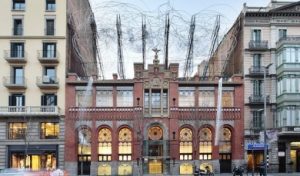 The Fundació Tápies museum was established in 1984 by famous Catalan painter, sculptor, and art theorist, Antoni Tápies. Tápies built the museum with the purpose to promote modern and contemporary art, and his collect focuses on important social themes such as life under Franco. 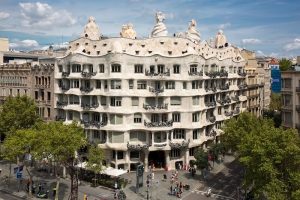 One of the most famous architectural works by Antoni Gaudi, Casa Milà was built between 1906-1912 for Pere Milà and his wife Roser Segimon. A visit to the house lets you explore the infamous roof terrace, attic, and fourth floor of the building, and will take you back in time to an aristocratic Barcelona in the early 20th century.

Exhibiting the stunning architectural designs of Antoni Gaudi, the Gaudi Exhibition Centre lets you see inside the intricate mind of the world famous Catalan architect, and discover his masterpieces in virtual reality and inside a 4D cinema.

Discover what Barcelona was like in 1700 in the El Born Cultural Centre, which includes exhibitions focusing on the history of the city. 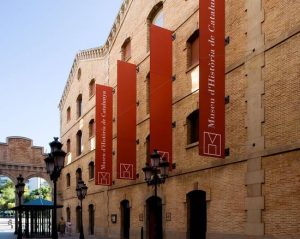 With more than four floors of exhibitions on Catalan history, find out more about the region of Catalonia from the prehistoric times up until the current 21st century, at the History Museum of Catalonia. Discover the region in terms of culture, economy, and technology, and don’t forget to also visit the temporary exhibitions on the first floor.

Barcelona’s Maritime museum focuses on the city’s role as a naval force. With more than 80 years of maritime history on offer, including real ships, you can even see a real scale model of the 16th century Juan de Austria naval vessel. 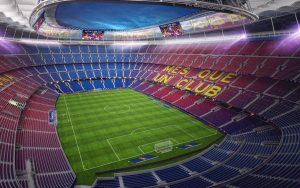 The most visited museum in Barcelona and the third most visited museum in Spain, the FC Barcelona museum is the perfect place for all football fans. Footy fans can see the whole history of the club including their medals and trophies, information about the current team players, and the stadium and pitch itself. Guided tours are also available for the ultimate lovers of FC Barcelona. 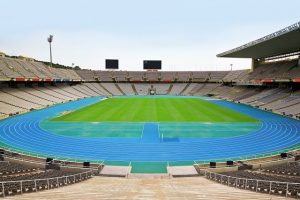 The Barcelona Olympic Museum was built in 1927 for the 1929 World Exhibition, but didn’t actually host any Olympic Games until more than sixty years later in 1992. The museum includes the history of different Olympic sports, as well as temporary exhibitions focusing on traditional Spanish sports. The museum also combines virtual reality to make for an unique and unforgettable visit. 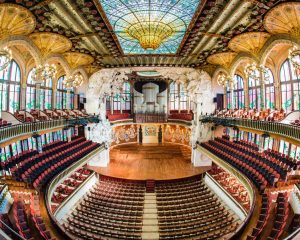 Stunning from both the inside and the outside, the Palau de la Música Catalana is the most emblematic building of Catalan modernism. It was built by Lluis Domènech I Montaner at the start of the 20th century for the Catalan choral association, and visitors can enjoy a guided tour around the concert hall, or visit it during a live performance.

The Barcelona Contemporary Culture Centre aims to support the creative development of artists, encouraging a continuous self-journey of discovery. There are exhibitions, concert halls, theatre performances, and even a spectacular viewpoint over the city. Talks and workshops are also held in the centre debating current topics and inviting well-known guest speakers to share their point of view. 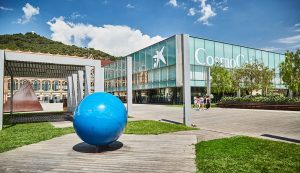 With nine floors- six that are underground- Cosmocaixa is an interactive science museum enjoyed by those of all ages. Each floor has its very own theme: from the make-up of the earth, to a real life replica of the amazon rainforest, there is even a planetarium for budding stargazers and astrology fanatics.

Are you already drooling at the thought of a Chocolate Museum in Barcelona? Learn about the history of chocolate and its journey to Europe, as well as see some awesome chocolate sculptures like a life size Mickey Mouse, and scaled down replica of the Sagrada Familia! You can even taste the delicious delights on your way around.

Water is the key to life as we know it, but how does a big city like Barcelona supply water to all those that live here? Find out the answer to this and many more questions at Barcelona’s Water museum. As well as interesting facts and information, there are also interactive experiments for all ages interested in the necessity that is h20. 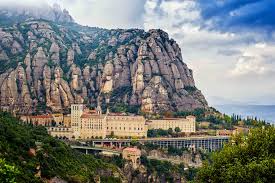 The home of Santa Maria de Montserrat, one of the most important monasteries in Spain, Montserrat is a breath-taking mountain town about an hour from Barcelona. Here, you can also find the Museum of Montserrat. With over 130 pieces of art from the classical era and from famous Spanish artists like Dali, El Grecco, and Picasso, the museum is divided into three must-see sections. Discover the work of modern Catalan artists, stunning artefacts from the East, and even an old mummy from Ancient Egypt. While you’re in Montserrat, don’t miss out on the performance by the glorious boy’s choral choir at 1pm inside the monasrery.

Metro: Plaça d’Espanya (L1/L3) (from here take the R5 train and then the cable car)