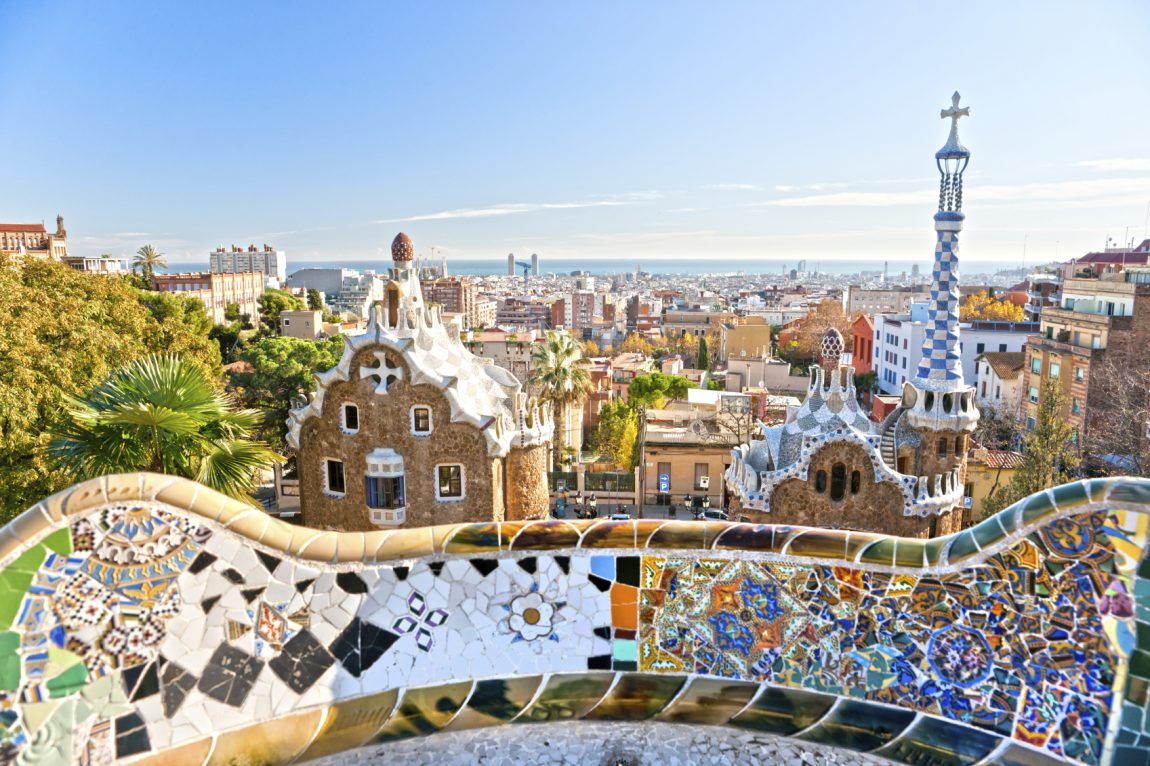 With thousands of visitors to this Mediterranean metropolis each year, Barcelona is hands down one of the most popular tourist destinations in Europe. And without a doubt, the essential accessory of each tourist is their camera. There are a lot of places to visit in the city and each of them is worthy of a slot on your camera’s memory card! But to help you choose, here is our handy guide to the top places to take photos in Barcelona!

An iconic work by the architect Antoni Gaudí, Park Güell is one of the greenest areas in the city and is popular with locals and visitors alike. Get lost amongst the modernist architecture and enjoy the fantastic views over the city. In fact, Park Güell is the most popular place in Barcelona for selfies, so don’t forget to say ‘cheese’! 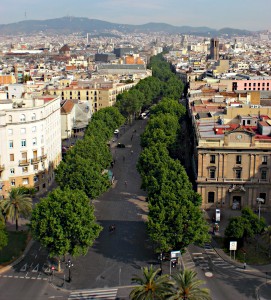 With its characteristic street tiles and tall trees, Las Ramblas is one of the busiest streets in Barcelona and should most definitely be on your ‘to-snap’ list! At one end of the 1.2km street you’ll find the bustling Plaça Catalunya and at the other the Columbus monument by Port Vell. Built on a former river bed, the picturesque Las Ramblas is the perfect place to take photos in Barcelona!

Perhaps the most famous work of Antoni Gaudí, this majestic basilica is the most visited monument in Spain. Funded solely on public donations, this architectural gem is still under construction today, so quick – cameras at the ready! The interior of the Sagrada Família is as spectacular as the exterior and is wonderfully colourful. Definitely one for some artistic shots. #NoFilter

One of the most popular places in Barcelona, and somewhere you should definitely bring your camera to, is the beach! Stretching for a whopping 4.5km along the coast of the Mediterranean, with their golden sands and cool waves, Barcelona’s blue flag beaches should most definitely be on your list of places to take photos in Barcelona! Why not try and grab a few angles from Barceloneta or Port Olímpic.

This picturesque plaza is the hub of culture in Barcelona and provides the perfect spot for those special photos of Barcelona. Home to some of Barcelona’s most popular attractions, including the MNAC museum and the Magic Fountain of Montjuïc, this square was designed by Josep Maria Jujol, a collaborator of Gaudí himself! The square was built in 1929 for the Universal Exhibition and remains an integral part of Barcelona today.

This famous building was indeed designed by, you guessed it, Antoni Gaudí! Located on the famous shopping street Passeig de Gràcia, the characteristic architecture of Casa Batlló is like something from a fairytale. With it’s curved edges and bright colours, you’ll most definitely want to bring your camera along to this top attraction!

The Tibidabo Mountain is the highest peak in the city and offers stunning 360º views – the perfect place for those panoramic photographs of Barcelona! At the top of the mountain you’ll find the oldest amusement park in Europe and the castle-like Temple Expiatori del Sagrat Cor. If that’s not photo-worthy then we don’t know what is!

This immense green area is in fact the biggest park in Barcelona and is home to the likes of the Poble Espanyol open-air museum; the 1992 Olympic stadium and the Montjuïc castle. Offering great views over the city and the harbour, you’ll want to make sure you save enough space on your camera for this one!

Barcelona is a very popular tourist destination and pickpockets are always on the lookout. But don’t let that put you off, keep a close eye on your belongings and enjoy your trip to the Catalan capital! Cameras at the ready…