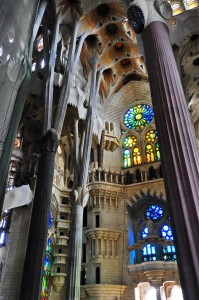 The Sagrada Familia is arguably the most incredible structure in Barcelona, not only for its size, design and intricate modernist features, but also due to the fact that it has been in construction for over 130 years. Here we tell you a little more about the Sagrada Familia, and why you must not miss a visit to this amazing architectural wonder.

Designed by Catalan born Antoni Gaudí, La Basílica i Temple Expiatori de la Sagrada Família, to give it its full name, is considered to be the famous architect´s “unfinished masterpiece.” As a defining landmark for Barcelona, the Sagrada Familia is dedicated to the Holy Family, and attracts tourists from all over the world. 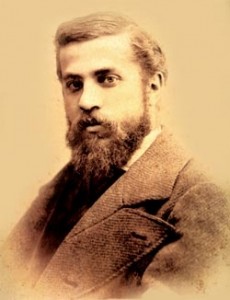 Dating back to 1877, a plot of land in the new Eixample area of Barcelona was bought to mark the end of the de-Christianization. In 1882, construction of the Sagrada Familia began, led by architect Francisco de Paula del Villar.Gaudí took over the project in 1883 at the age of 31, and would continue working on the church until his death over 40 years later.

Due to the outbreak of the Spanish Civil War in 1935, construction was temporarily halted. Gaudí had completely transformed and renovated the design of the church, giving it a central theme of ´natural elements´. During the war, some of Gaudí´s structures had been demolished, yet fortunately the church itself remained standing. Construction restarted in the 1950s, and you can still see the Sagrada Familia being worked on today.

Interestingly, the Sagrada Familia is an expiatory church, meaning it has been funded entirely by donations. There are currently 8 towers, but by the end of construction the church will have a total of 18 towers with 12 representing the 12 apostles, 4 representing the 4 evangelists, 1 representing the Virgin Mary, and the tallest and most central tower will represent Jesus.

The church has a capacity for 13,000 people, and its cross-shaped layout is 95m long by 60m wide. As you stroll around the building you can truly appreciate Gaudí´s use of colours. The pinnacles at the tops of the towers are decorated with mosaics in various textures. You will also see three façades, which represent the death of Christ, the birth of Jesus, and the Glory Façade. Although there is no exact set date for the completion of the construction of the Sagrada Familia, it is currently estimated that it will be finished around 2026. 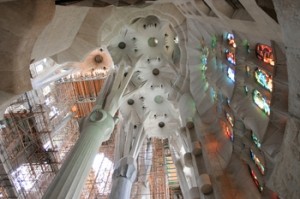 Located on Caller de Mallorca, 401, you can visit the Sagrada Familia from 9am until 7pm in March – October and 9am until 8pm in April – September.

Tickets for entry to the church cost around 15,00 Euros and can be purchased upon arrival (although it is recommended that you buy your tickets in advance online from Sagrada familia to avoid queuing). Once inside, you can take the elevators to the tops of the towers for an amazing view of Barcelona, visit the museum exhibitions and see models of Gaudí´s original designs as well as his tomb. You also have the option of taking an audio tour of the church.

It is incredibly easy to get to the Sagrada Familia, by metro or bus, but staying at a Sagrada Familia apartment in Barcelona allows you to look out onto or walk by this breath-taking structure everyday! Located right on the Sagrada Família stop by metro lines L2 or L5, this is one tourist hot-spot you don´t want to miss!