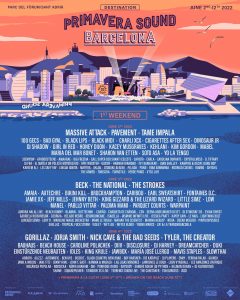 As the weather in the Catalan capital begins to warm up, the Barcelona event calendar becomes packed to the brim with exciting festivals and concerts. One of the first big music festivals of the year will be the 22st  annual Primavera Sound Festival in Barcelona, a five-day fiesta full of awesome tunes, cool bands and an atmosphere like no other!

Where: Apolo, Razmatazz, and various other venues across the city 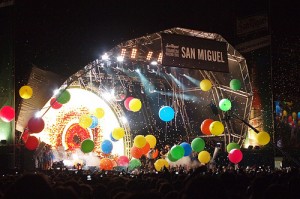 Those attending this year’s Primavera Sound are sure in for a treat, with many legendary artists set to take to the stage. Jamie XX, Jorja Smith, and Tame Impala are amongst the top acts in the line-up. And with endless other acts taking to the stage too, some old and some new, you’re bound to find something to your liking! 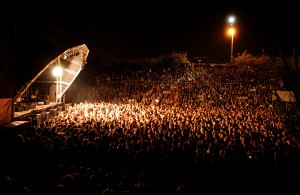 Other venues usually also hold some top musical events during Primavera Sound, such as Apolo and CCCB. So for an all-round musical fiesta, sure to satisfy even the pickiest of musos, the 2022 Primavera Sound Festival in Barcelona really is a top choice!