Whether you’re a film fanatic or just like to dabble in the art of cinema, the annual Sitges Film Festival is one event you just can’t miss. Boasting the title of ‘the world’s number one fantasy film festival’, the Festival Internacional de Cinema Fantàstic de Catalunya, to give it its full name, is held in the usually quiet and picturesque coastal town of Sitges, just outside Barcelona.

Attracting audiences of all ages with its eclectic selection of presentations, exhibitions and screenings focusing on all things frightening and fantastic, the festival shows off the best in up-coming Spanish and International movies from the horror and fantasy genre.

WHERE: Various locations in Sitges, get there by Renfe Train or Bus

This year, the festival will likely be the most unique one of all time, with many evident problems in place for the event to overcome, we are hopeful that it will be as memorable as it always is. Attracting film fanatics, actors and directors from all over the world, it leaves a real sense of inspiration and a lust for creativity unlike any other event in Catalonia. With submissions closing in mid July 2020, there is a real sense of excitement around this year’s event. 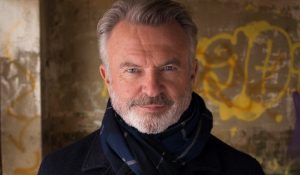 Last year’s edition delved into the fantasy film genre from 1979 and rediscover films from the genre of Italian Science Fiction. With the festival’s film competition honoring the great Italian filmmaker Pupi Avati, creator of classics like Zeder or La casa dalle finestre che ridono, and saw an award given tothe New Zealand actor Sam Neill, for his lifetime achievement.

The Sitges Film Festival is not only the place to be for those looking to catch the latest in fantasy and horror cinema, but it is also a great event for those who wouldn’t mind rubbing shoulders with the rich and famous. Over the years the festival has been known to entertain the likes of Anthony Hopkins, Jodie Foster, George A. Romero, Cameron Diaz, Sarah Michelle Gellar, Robert Pattinson, John Cusack, and John Landis, just to name a few.

There are many movies to be shown across the 10 day event, as screenings are divided into 13 diverse fantasy-horror categories which include science fiction, comedies, animations and documentaries, so you’re sure to find something of interest to you.

What’s more, awards will be dished out to those newcomers showing signs of hot talent. By popular vote, the audience can also decide on the audience award for best fantastic genre feature film.

Walking Among the Dead 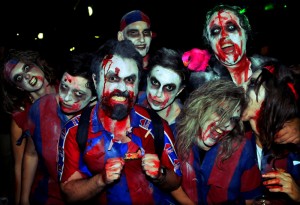 There are various parallel activities that run during the Sitges Film Festival, and one of the most popular is the Zombie Walk.

The Zombie Walk usually gives visitors the crazy yet memorable opportunity of dressing like the living dead and shuffling down the streets of Sitges. It’s totally free, and there is even a make-up zone to help you look a little less… alive.

If it’s not really your thing, but you still want to experience all the zombie action, head to the beach on the night of the walk and hit the free party on the sands. For the most up-to-date information on tickets and a full schedule of events, visit the Sitges Film Festival Website.

You can also find the whole list of films at the festival here.

Our guide on the best things to do on a summer holiday to Barcelona. From what to see, where to eat, and where to stay in the city, our guide tells you all!

Read More about Complete guide for a summer holiday to Barcelona

Looking to spend the best birthday weekend in Barcelona? Read about the best things to do in the city to celebrate your special day, from brunch to bar hopping, and from tours to festivals, there is something for everyone on their special day.

Read More about The perfect birthday weekend in Barcelona