As the art of Flamenco has only been documented for the past two hundred years, its origins are up for debate, but it is generally agreed that the style originated in Andalusia. Much of what we know before this time comes from stories that have been passed down through the ages. 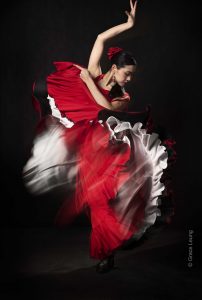 The first Flamenco schools were created in Cádiz between 1765 and 1860, and it was during this period that the dance started to establish itself in ballrooms. Prior to this time, Flamenco was purely vocal.

During its Golden Age (1869- 1910), Flamenco became popular in music cafés across the country, guitarists beginning to join the dancers in their passionate display of emotion.

From 1915 onwards, Flamenco became a global phenomenon and the year of 1955 started near enough what was a Flamenco Renaissance, the very best dancers and soloists moving from small tablaos to large concert theatres.

Since then, Flamenco has firmly rooted itself across the world stage, spreading its fire and passion across every continent and every city. However, it will always remain an intimate kind of music.

While the most authentic Flamenco experience can be sought in the South of Spain, Barcelona is also home to traditional tablaos that offer keen visitors the chance to fully immerse themselves in what Flamenco truly means. And from the 16th of May, the city also welcomes Ciutat Flamenco, its sensational annual Flamenco festival.

Related article: The Best Places to Watch Flamenco in Barcelona 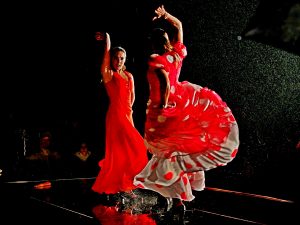 In 2019, the Ciutat Flamenco festival will be celebrating its 26th year. A celebration of some of the biggest artists and Flamenco events, attracting those who are new to Flamenco, as well as those who have been fans from the start. As well as hosting performances by some of the biggest names in Flamenco, Ciutat Flamenco prides itself on promoting new projects that challenge the city’s already strong relationship with Flamenco, helping it to move with the times and constantly offering new ways to enjoy this fantastic style.

From its beginning in JazzSí Club, to its establishment in Barcelona’s Centre of Contemporary Culture, Ciutat Flamenco has grown considerably in size. Today, it is the must see event for anyone who is interested in this passionate, thrilling, and emotional art.

Get ready to feel some serious goose bumps…

Like always, the festival’s line-up is more than impressive. Here are just a few of our favourites: