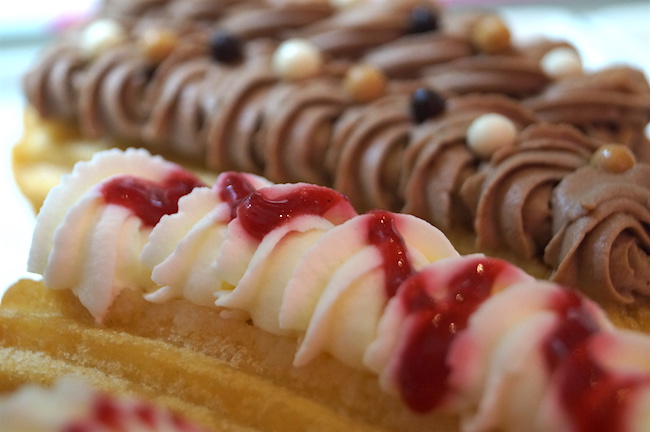 Even though tapas and paella are probably two of the first things that cross your mind when thinking about the cuisine in Barcelona, you should also consider adding another treat for your “things to eat in Barcelona” checklist, and that thing is a churro… many churros or as many as you can have! Here are five places that serve the best churros in Barcelona, each one with unique characteristics that will most certainly please even the most critical churros expert. 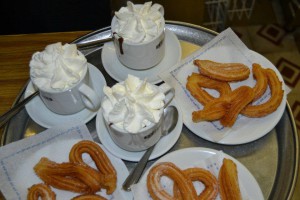 Their churros are covered with a light coat of sugar, ready to be dipped in their rich chocolate sauce which is too thick to be considered as hot chocolate, but it has the perfect texture for a chocolate dip. Locals have frequented the place for years, and many of them state that this is one of their favorite places for desserts. 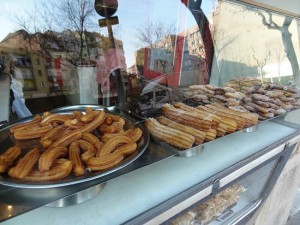 Xurreria Trebol is also very popular among locals and visitors alike. They serve the traditional sugar coated churros (that should be dipped in their creamy hot chocolate for the ultimate experience) and some variations of filled churros such as the well-known “dulce de leche” filling. But apart from serving some of the best churros in town, they’re open 24 hours every Friday and Saturday! There’s no wrong time for having a churro, right? 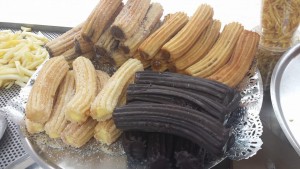 La Xurreria Sagrada Familia, as the name indicates, is located a few feet away from the Sagrada Familia. Besides its great location, the xurreria serves different types of fillings for its churros and chocolate covered churros. If you are looking for Nutella, cream, or caramel filled churros, this is a great place to find them. 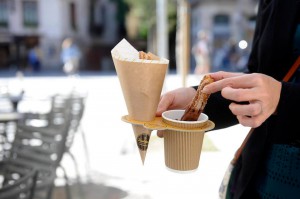 La Xocolateria is a modern pastry shop by Oriol Balaguer, a Catalonia-born chef whose love for pastry is portrayed in his sweet creations. Their churros stand out from the rest by being baked instead of fried. The churros from La Xocolateria are confectioned with the flavor of the traditional churro in mind while being prepared in “health conscious” way. 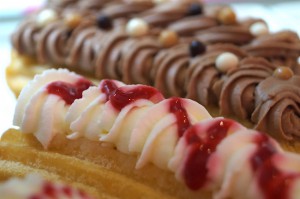 Comaxurros is the most diverse churros place in Barcelona; it’s a relatively new establishment created by entrepreneurs that are passionate about churros and who wanted to bring to the table innovative combinations of flavors. Even though they also sell the traditional sugar coated churros, what attracts most people is the diversity of the shop. They sell, for example, passion fruit-filled churros and even savory churros such as the cheese and Iberian ham churros.

Beatriz is passionate about traveling, writing, and anything that allows her to express herself in a creative way. Her pilgrim's spirit doesn't let her stay in one place for too long; She currently calls Barcelona home and studies journalism, fine arts, and marketing.