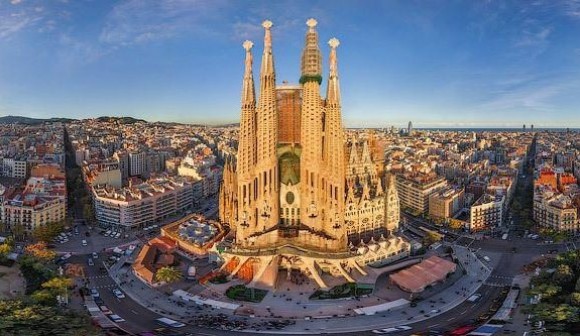 According to the stats from Barcelona Turisme, this popular Mediterranean city with 1.6 million inhabitants welcomed 7.5 million visitors in 2014; just think how many gallons of sangria, hectares of tapas and kilometres of souvenirs that must account for. So, the word has clearly got out that Barcelona is an excellent holiday destination. Good climate, great food, world-class architecture and cultural offerings, the contrast between an historic old town and modern designer vibe, the shopping… do you really need any more reasons to book a holiday to Barcelona this year? Well, here are 7 more to tip the balance. 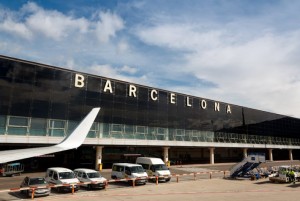 1. To take a selfie in the 3rd most photographed city in the world

Barcelona is indeed the 3rd most photographed city in the world, and rightly so with its abundance of brightly coloured buildings, green spaces, mountain ranges and endless Mediterranean sea.  Where better than to practice your photography skills or take a few cheeky snaps? Gaudí’s famous Park Güell tops the list of Barcelona’s most photographed attractions, but where would you take your Barcelona selfie? Perhaps along the sandy beach of Barceloneta or at the top of Montjuïc with stunning panoramic views over the city? 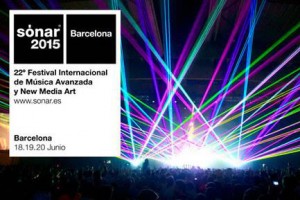 2. An electro-fest that takes over the city

Yes, we’re talking about the Sónar Festival of Music, Creativity and Technology, which draws thousands of DJs, electro-heads and party people from around the world to sunny Barcelona in the middle of June. The first headliners confirmed for 2015 are the Chemical Brothers.

This year’s logo is particularly apt: two bent spoons. Between the DJs’ binaural frequencies and all the rest of it, that’s exactly how you’ll be feeling as you watch your final sunrise from the beach. And then there’s the hundreds of Off-Sonar parties with top international jocks and labels spinning their freshest new beats at the beach clubs and discos. 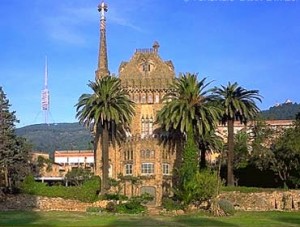 3. There’s one last Gaudí monument to tick off

Think you’ve already seen all things Gaudí? Snaps by the mosaic dragon in Park Güell – check. Spent several hours marvelling at the Sagrada Familia whilst the queue inched forward – check. Appreciated the organic curves of the Casa Batlló and Casa Milà on Passeig de Gràcia – check. And you’ve even seen the Palau Güell just off Las Ramblas, and taken a day trip to the Colonia Güell. Check and check. Well done you.

But have you seen Torre Bellesguard? This lesser-known yet equally spectacular Modernist masterpiece is located at the foot of Tibidabo and was opened to the public in 2013. 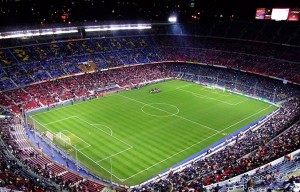 4. Call yourself a football fan?

FC Barcelona and their fans take their slogan of “More than just a team” very seriously indeed; this is a city that lives, breathes and celebrates football in a big way. Get yourself tickets for a game at Barça’s home stadium at Camp Nou to see some of the most exciting international football and to experience an incredible atmosphere.

They also have one of the best football museums in the world, and guided tours from the hallowed turf to the locker room and church chapel dedicated to Our Lady of the Back of the Net. Make sure you stop off for a drink at the nearby Fútbol Bar, which has more than 260 football scarves and over 60 signed t-shirts from different teams, as well as great food and friendly vibe. 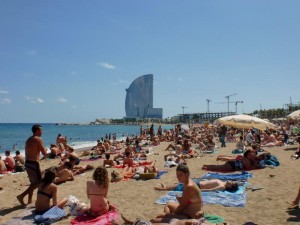 Consistently voted the best European beach city, when the mercury tips into the nineties and the sun blazes high in the sky it’s time to cool off in the deep blue swimming pool at the end of the giant sandpit.

Barcelona’s beaches are easily accessible, full of chiringuito beach bars where you can enjoy refreshments, cocktails and gourmet tapas. Flyering crews do the rounds, especially in Barceloneta, and that’s your evening entertainment sorted. If you prefer the kind of beach where you have more space to stretch out, cleaner sand and less Frisbees or various sized balls to dodge then the nearby Maresme coast or magical Costa Brava are easily within reach. 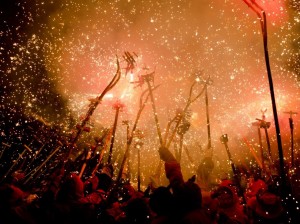 Catalonia’s folkloric traditions are quite extraordinary and absolutely thrilling to experience. Each district of Barcelona celebrates an annual Festa Major, or street party. The largest and most spectacular are the Festa Major de Gràcia in August, and La Mercè in September. Processions wind through the streets headed by 4m high giants carried on strong shoulders.

Breathtaking human castles can reach up to 9 storeys high. As darkness falls, correfoc (fire-run) processions are led by “devils” wielding poles with furiously spinning fireworks, dancing under a shower of sparks, taunting the crowd (wear long sleeves and no flip-flops, seriously!) accompanied by tribal-style drummers. If you haven’t lived this any of this yet, get in before European Health & Safety regulations pull the plug. 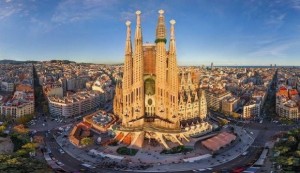 One of the most ambitious projects in modern architectural history, La Sagrada Familia is Barcelona’s top sightseeing attraction. Construction began in 1882, and its completion was estimated for 2026. Its visionary architect Antoni Gaudí is reputed to have said that “my client is not in a hurry.”

However, after nearly a century and a half of toil by several generations of workers, even the Lord Himself has had quite enough of all this faff. A team of divine oompa-loompahs will be working overtime to complete the Modernist basilica for a spectacular inauguration ceremony on the 1st of April 2015, opened by Elvis singing “Doncha’ Think It’s Time”…

Did we say that Number 6 is a must? They all are. But maybe you’ve got your own reason for visiting Barcelona this year that knocks the stripes off all these suggestions. Whatever it may be, follow your dream and go for it! After all, over 7.5 million people can’t have got it wrong.