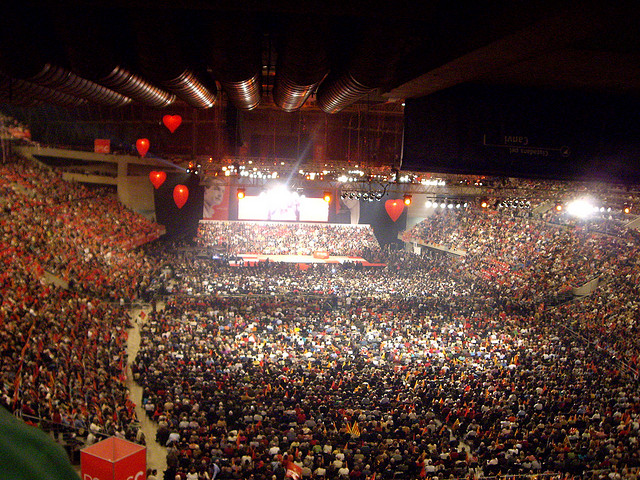 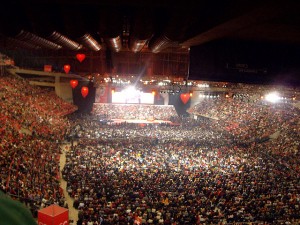 If you think of live music in Barcelona the first thing that probably comes to mind is its many epic summer music festivals, such as Primavera Sound at the end of May, Sónar in June and Cruïlla in July. Throughout the year you’ll find all sorts of festivals that pay tribute to many different genres – such as the Barcelona International Jazz Festival, the Guitar Festival, or even the Barcelona Festival of Gospel Music.

Although there are fewer live music venues than there used to be in Barcelona 10 years ago there’s still plenty happening around town, from stadium gigs in Montjuïc to more intimate clubs and basement bars. Check out our guide to this year’s top live concerts in Barcelona and their venues.

This is Barcelona’s most prestigious large venue, located in Montjuïc and built as part of the facilities for the 1992 Olympic Games. All the top stars that include Barcelona on their world tours will have sparked up this venue at some point. This year we still have some very big names indeed to look forward to. 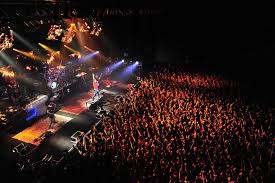 This is one of the most popular live music venues in Barcelona, conveniently located near about 10 minutes walk from the Ramblas in Parallel, on Carrer Nou de la Rambla, 113. Sala Apolo has a varied agenda, with many different styles of music served up by an eclectic selection of promoters for their distinctive crowds.

And here’s a few more of our favourite live music venues:

If you’re looking for live music in Barcelona check out some of these suggested venues, and look out for flyers and posters around town that will keep you in the loop with what’s happening right here, right now.